In Bulgaria, parts of the former Eastern Bloc barrier are still standing, now weathered and overgrown. It was here that East Berliner Hendrik Voigtländer tried to escape to the West — but it didn't end well. 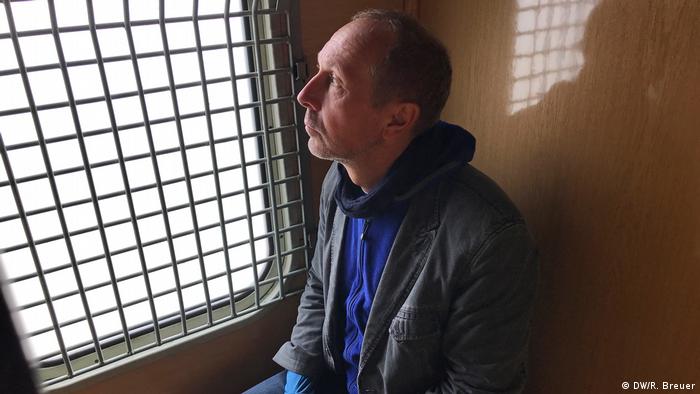 The country road crossing the Strandzha Mountains marks the old route from the town of Burgas on the Bulgarian Black Sea coast to Istanbul via Malko Tarnovo, a small town directly on the Turkish border. Until 1994, it was the only through road in southeastern Bulgaria that led to neighboring Turkey. Apart from a small number of locals from the surrounding villages, few still use this road.

"Two thousand kilometers away from East Germany, that was one of the considerations, we'll dress well, in other words western, then we'll stand on the road from Burgas to Istanbul. Endless Turks, a highway, four lanes, someone is bound to take you with them," thought Hendrik Voigtländer at the time. But the reality was very different. 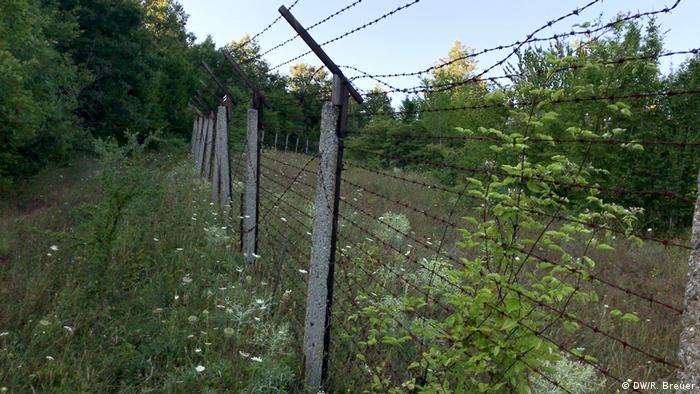 Just make it to the West

Hendrik Voigtländer had a relatively good life in East Germany. He worked as an electrician and used every opportunity he could to travel. He visited Poland, Hungary, Russia and Bulgaria — he had seen it all. With few destinations left to explore, he submitted a travel request for Cuba to the Free German Youth (FDJ), the youth organization of the German Democratic Republic (GDR). It didn't take long for him to receive a rejection.

The reason for the refusal: He had not attended afternoon sessions organized by the FDJ.
"But when you went there, the director would tell you how nice Amsterdam airport is. He could go there. We could not. It was a rather strange system. If I had used these afternoons to question why he was allowed to travel there and we were not, they would have kicked me out. So I thought it best not to ask," recalls Hendrik Voigtländer.

It was the beginning of 1988 when a school friend asked Voigtländer to travel to Bulgaria with him. But Bulgaria would not be their final destination. They were looking to flee to the West across the border between Bulgaria and Turkey. 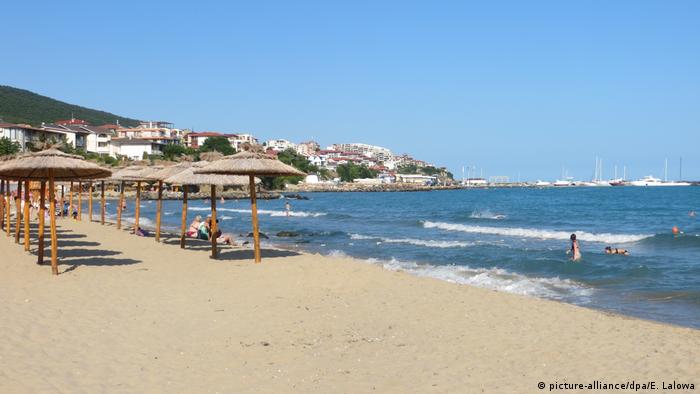 Bulgaria remains a popular tourist destination for Germans to this day

Bulgaria — a paradise for some, a gateway to freedom for others

Bulgaria promised long stretches of coastline, delicious food and hot summer days. At the time, the seaside town of Gold Sands in the north and the sunny weather in the south attracted many holidaymakers from the former Eastern Bloc. The number of tourists from East Germany visiting the country on the Black Sea rose steadily; from just under 200,000 in 1980, there were some 300,000 GDR tourists in 1988.

Hendrik Voigtländer was one of them. Having arrived in Burgas, he and his friend drove to the seaside resort of Sunny Beach, about 10 kilometers away. It was late summer and the air was warm and dry. They enjoyed their time playing tennis, making friends with a family from Hamburg and going out. The first 10 days of their holiday were spent completely carefree.

It was a Monday. The following year would see the fall of the Berlin Wall and exactly two years later, Germany would be reunited. But it was still too early for people to start dreaming of what could be. The plan was in place. Voigtländer and his friend would get up early at 6:30 a.m. and tell reception that they were going to walk in the mountains. They would take nothing with them apart from a bottle of water, gold chains around their necks and wristwatches. They would dress stylishly.

"We walked in the direction of Istanbul along the road I had dreamed of. Four lanes, a highway, endless Turks. The problem being, there were no Turks driving along the road. It was the complete opposite. After an hour there was a sign on the left side. On it was written: Istanbul 350 kilometers. My school friend was a little overweight. I turned to him and asked: 'Do you want to walk 350 kilometers to Istanbul with me with a half-full bottle of water?'" remembers Voigtländer. 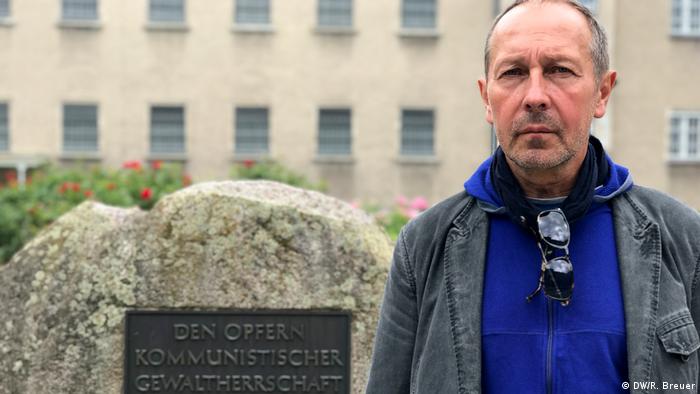 After three hours, a bus arrived from Burgas. They decided to flag it down. When the driver asked where they were coming from, Voigtländer said Hamburg. "We didn't have GDR engraved on our foreheads, so the three of us drove in the direction of Istanbul. I asked the driver twice whether it was the right road to Istanbul. We didn't speak Russian so that he wouldn't suspect that we were from the GDR. He did not speak English. After about 20 kilometers, a border control post appeared on the right side of the road. They waved us through. I was already beaming from ear to ear. There were still 330 kilometers to go. After about 40, 50 or 60 meters, the bus driver pulled over to the right."

Stoyan Todorov was on duty that day on October 3, 1988. He was patrolling the border in his jeep when he received an alert and rushed to a scene 13 kilometers from the border near the village of Balgare. Standing on the roadside were Hendrik Voigtländer and his school friend, fugitives from East Germany. Stoyan Todorov and his partner pulled sacks over the heads of the Germans and loaded them into the car.

It was his duty, said Todorov. "For every successful border violation, an escape where we were not able to catch the person, the entire team was required to submit to questioning in Sofia and explain how this could happen. The border guards were sanctioned. That was the law." He didn't shoot anyone down, he "just shot to wound." He has not spoken about the time before 1989 for 30 years. He is visibly nervous and wishes to remain anonymous. Stoyan Todorov is not his real name.

Border guards, like Stoyan Todorov, have never been legally prosecuted. Even when the relatives of German victims who were shot on the border tried to begin legal proceedings in Bulgaria, the public prosecutor's office did not react.

In the 60s and 70s, there were rumors within East Germany that the Bulgarian border was not as secure and easy to cross. Disguised as tourists, many East German citizens set off for Bulgaria in the hope that the further south they went the more chance they had of escaping successfully. Some people managed to flee, but for most the risky escape ended in imprisonment or death as the Bulgarian border was tightly guarded. 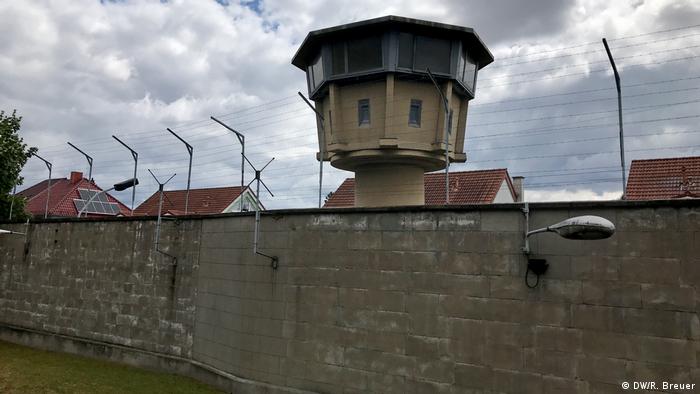 Since 1989, the old border fence has no longer fulfilled any function. It was finally dismantled at the end of the 1990s. But deep in the forest in hard-to-reach places, traces of the barrier still remain — reclaimed by nature and almost invisible to passersby. The high border fence was once equipped with a silent alarm that triggered a signal at the next guard post as soon as the fence was touched.

There were also control measures on both sides of the fence. Raked soil provided the border guards with forensic evidence to easily detect unauthorized access to the area. However, if anyone succeeded in getting over the fence, they were still far from free as this border fortification actually stood about two kilometers in front of the real border. The aim was to deceive fugitives, making them believe that they had already crossed the border, they were therefore easy to catch.

In addition, an area of six to 15 kilometers was declared a border zone from the country's outskirts. All areas were heavily guarded from as early as 1951. In the summer of the following year, the order was given to stipulate the use of weapons against those illegally crossing the border and refusing to obey the orders of the border unit.

This chapter of Bulgarian history was left unexplored after the fall of communism. Textbooks deal only sporadically with the period between 1944 and 1989. The forced labor camps of the Bulgarian Communist Party are not discussed in society. 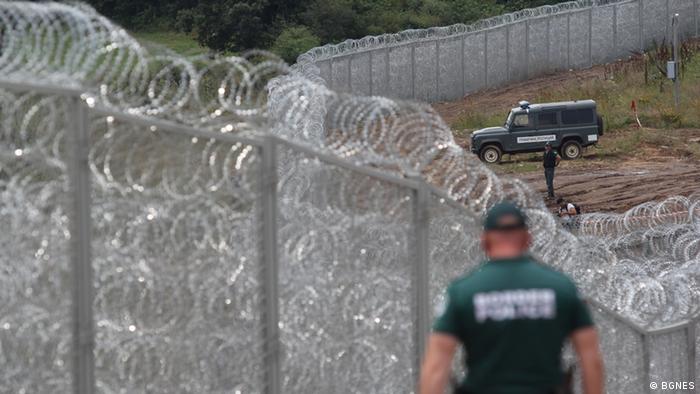 After undergoing interrogation in the Bulgarian border town of Malko Tarnovo, Hendrik Voigtländer ended up in a prison in Burgas before being transferred nine days later to another prison in Sofia. There he spent two months sharing a small cell with two others. The cell did not have a sewage system.

Accompanied by the Stasi, Voigtländer was then brought back to East Germany and detained in a prison in Halle. Shortly before the fall of the Wall, the East German authorities released Voigtländer.

Today, Stoyan Todorov is in his mid-60s. A short man with white hair, the pensioner still lives in the small border town of Malko Tarnovo with his wife. He has two children: The oldest of which has also become a border guard. He now guards the EU's new external border.