Child abuse was even more a taboo in the former GDR than in West Germany, an independent committee has found. The "high degree of secrecy" left victims in a state of "extreme helplessness" from which many still suffer. 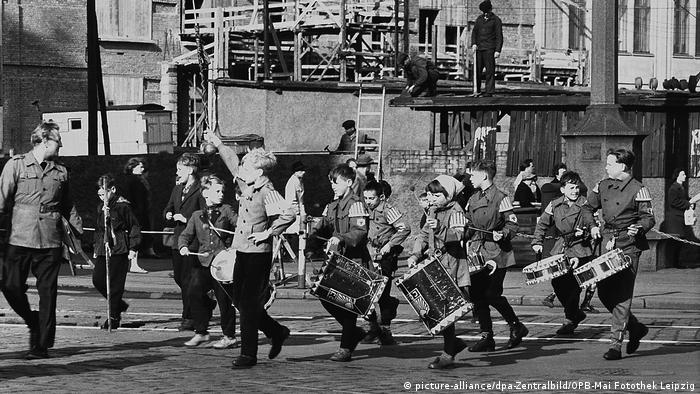 The smiling child held in the arms of its parents, the working mother in her headscarf, the father still in his overalls: These were the wholesome images on which the former East Germany prided itself, recognizable from countless placards and displays of propaganda. But, for decades, a taboo that didn't fulfill this happy family model remained unspoken.

Sexual abuse of children in the GDR didn't fit in with the image of the "wholesome socialist society," and the issue was thus much more of a taboo than in the West. That was the conclusion of a case study presented in Berlin on Wednesday by Germany's independent commission for accounting sexual child abuse. 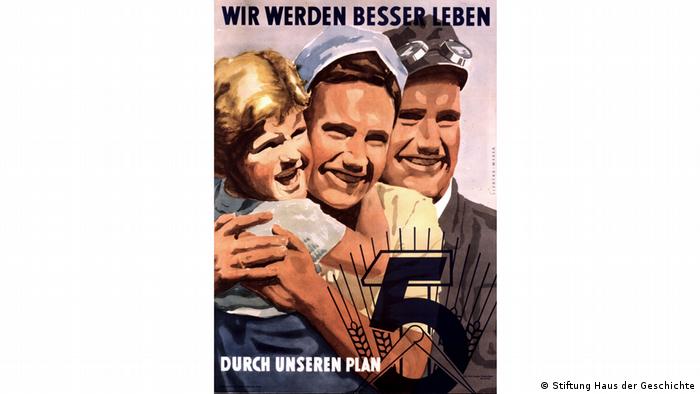 "We will live bettter - through our plan": The 'happy family model' of socialist former East Germany

The analysis, based on 75 confidential hearings and 27 reports from people affected by child abuse in former East Germany, found that both in the family home and in the public sphere, discourse about sexual violence was nonexistent.

The GDR's socialist political power system, and the repressive state education system that shaped the country’s 41-year existence until its downfall in 1990, also played a prominent role in the cover-up of child abuse.

The ideological educational mission in the GDR's infamous children's care homes and "Jugendwerkhöfe" (JWH), centers for children who were deemed to have behavioral problems, also allowed perpetrators free rein and resulted in the "extreme helplessness" of victims. "Abuse in the homes could be carried out, covered up and normalized," the report said.

'The worst time of my life'

Corinna Thalheim, CEO of the initiative "Abuse in GDR homes," was a victim of sexual abuse in the 1980s. She was 16 years old.

"That was the worst time of my life," she said. "Two years of violence and sexual abuse on the whim of the director."

After leaving the behavioral center she didn’t dare to tell her family about the experience. It was the "high degree of secrecy," synonymous with the repressive "Stasi" (secret police) mentality, which made it impossible for victims to talk about sexual violence during their childhood, the report said.

"I was already stigmatized anyway and I was considered a criminal in the village because I’d been sent to the JWH."

The study also found that some victims were abused in multiple places. Children who developed unusual behavior due to sexual abuse by family members, for example, were often sent to a care home and subjected once again to sexual violence.

Renate Viehrig-Seger put herself in the hands of youth welfare after she was sexually abused by her father, but was soon sent home. After finally running away, she landed at the JWH, where she was abused on her birthday by the leader of the center.

"After that, I was broken," she said. It was only two years ago that she was able to open up about the abuse for the first time. 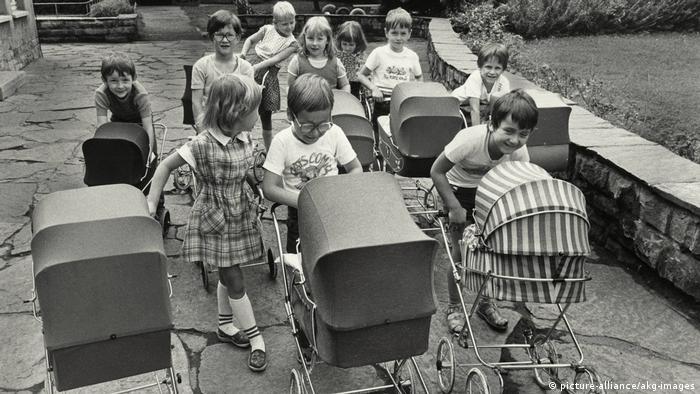 Not every childhood in former Eastern Germany was a happy one

Children in care homes and centers were "doubly trapped," the case study said. At best, a successful escape led to the former East German border.

"You could not escape the suffering," said scientist Beate Mitzscherlich, one of the authors.

Victims who participated in the case study say they still struggle to talk about their life in the GDR or about the sexual abuse they had suffered. Lack of funding has also hindered psychological support.

Making matters worse, under Germany's Victims Compensation Act, applications for benefits to finance support can generally only be made for cases of abuse that took place after German reunification. Thus, those who suffered abuse during the period of the GDR find themselves unable to access or finance critical resources. Moreover, in the meantime, the fund for children who were in care homes during the GDR has also closed.

"We fall through every category," Thalheim said. "We urgently need support."

Responding to the findings, German Chancellor Angela Merkel's conservatives demanded that the "Sexual Abuse Fund," which finances support for victims, be extended and its structure changed.

"The current processing time of 26 months must be shortened by mean of more trained staff and faster procedures," said spokesperson for the conservative CDU/CSU parliamentary group Nadine Schön. "It is unreasonable that people who were sexually abused during their childhood have to wait so long for support."

When Karin Ranisch was told in 1975 by East German hospital authorities that her young son had suddenly died, she found it hard to believe. She still does, and is now going in search of the truth. (07.12.2018)

Nearly 30 years have passed since East Germany's homes for "difficult children" were shut down. It has taken this long for the former inmates to speak out about their ordeals, and, even now, they're not always heard. (27.10.2017)