Hundreds died when Pan Am Flight 103 crashed into the Scottish village of Lockerbie 30 years ago. Libya later took responsibility, but investigators are now probing whether East Germany's secret police were involved. 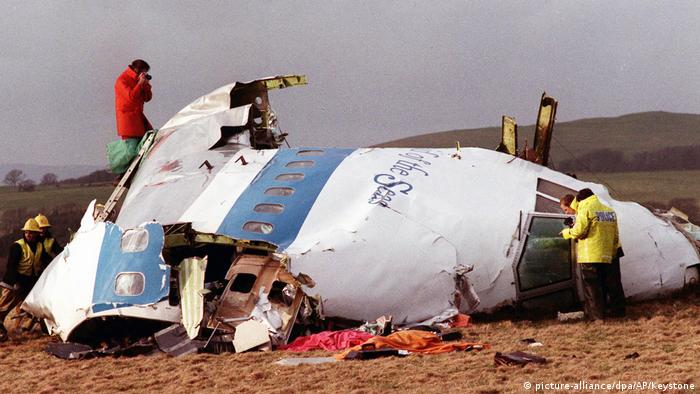 Former members of East Germany's Stasi secret police were questioned as part of an investigation into the Lockerbie bombing in 1988, Berlin's public prosecutor's office confirmed on Thursday.

Prosecutors "received legal requests from Scotland" over the case and ended up questioning "several suspected Stasi employees" in Berlin, they said on Twitter.

According to a report from the German daily Bild, Scottish investigators are probing whether Stasi agents were involved in or had knowledge of the terror plot that brought down Pan Am Flight 103.

Demanding the truth of the Lockerbie bombing

WorldLink: Demanding the truth of the Lockerbie bombing

The prosecutor's office in Frankfurt (Oder) told the dpa news agency that it had received five "European investigation orders." The spokeswoman emphasized that the former Stasi employees were not being treated as suspects.

"These are solely witness interrogations," she said.

On December 21, 1988, a bomb detonated on Pam Am Flight 103 bound for New York, with parts of the plane crashing into the Scottish village of Lockerbie. Some 270 people died, including 11 village residents.

In 2001, former Libyan intelligence officer Abdel Basset al-Megrahi was found guilty of planting the bomb and given a life sentence. He died of cancer in 2012 and remains the only person ever convicted for a having a role in the bombing.

In 2003, Libyan dictator Moammar Gadhafi took responsibility for the bombing and paid damages to the victims' relatives.

Tanzania votes in election marred by fraud accusations 4h ago