China, France, Russia, the UK and the US said that a nuclear war "cannot be won and must never be fought," quoting Ronald Reagan and Mikhail Gorbachev at what became the zenith of the nuclear arms race. 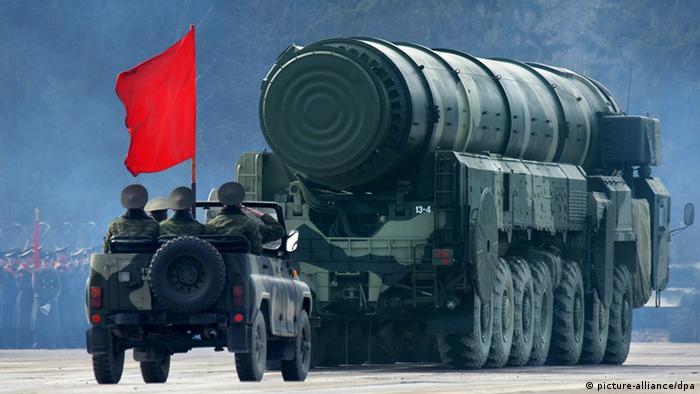 The five permanent members of the UN Security Council have issued a pledge to prevent the spread of nuclear arms and have stated, nuclear war cannot happen

Five of the world's nuclear powers on Monday pledged to prevent the proliferation of nuclear arms and have also said that nuclear war is not an option.

In a rare statement issued jointly, China, France, Russia, the UK and the US said: "We believe strongly that the further spread of such weapons must be prevented."

The statement went on to say: "A nuclear war cannot be won and must never be fought."

That comment echoes a joint statement from former US President Ronald Reagan and former Soviet leader Mikhail Gorbachev in 1985 after a summit in Geneva at the height of the nuclear arms race late in the Cold War.

There was also affirmation that "nuclear weapons — for as long as they continue to exist — should serve defensive purposes, deter aggression, and prevent war."

What the P5 nations say they hope to achieve

The permanent five members of the United Nations Security Council (P5) agreed "to pursue negotiations in good faith on effective measures relating to cessation of the nuclear arms race at an early date and to nuclear disarmament, and on a treaty on general and complete disarmament under strict and effective international control."

The joint pledge was issued ahead of what was to be the latest review of the Treaty of the Non-proliferation of Nuclear Weapons (NPT).

The tenth review session which was scheduled to take place at UN headquarters in New York this month, was postponed to later this year.

Russia's Foreign Ministry said in a statement: "We hope that in the current difficult conditions of international security, the approval of such a political statement will help reduce the level of international tensions."

What challenges can the world expect in 2022?

The NPT is an international agreement designed to prevent the spread of nuclear weapons and weapons technology while seeking to achieve complete nuclear disarmament. It supports the right to harness nuclear power for peaceful purposes.

The treaty came into in force 1970 after being opened for signature in 1968. In total 191 states have signed the treaty including the five recognized nuclear weapon states.

According to the UN Office for Disarmament Affairs, more countries have ratified the NPT than any other arms limitation and disarmament agreement, which is regarded as testament to its significance.

South Africa remains the only country known to have developed nuclear weapons and then to have dismantled its nuclear arsenal completely.

North Korea is the only country to withdraw from the treaty.

Geopolitical tensions among the P5 nations

The statement comes amid a heightened atmosphere of tension among global powers. The military buildup on Russia's border with Ukraine and Kyiv's concern of an invasion has had Washington warning Moscow of sanctions. The US said it would "respond decisively if Russia further invades Ukraine."

Relations between Beijing and Washington are also strained over the status of Taiwan and increased military activity in the Pacific.

In December both the US and the EU accused Beijing of undermining peace and security in the region.

China considers Taiwan to be its territory and has warned it will take the island by force if necessary.