President Joe Biden has invited 109 countries to the virtual summit which will take place on December 9 and 10. China said adding Taiwan to the guest list was a "mistake." 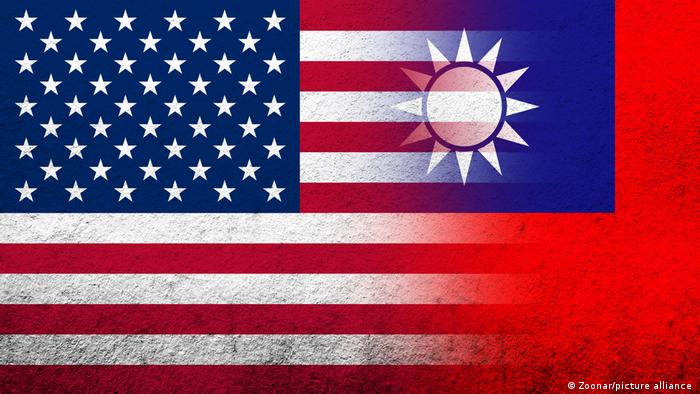 Joe Biden has invited Taiwan to next month's democracy summit, a move that has not gone down well with the Chinese government

China on Wednesday accused the United States of making a "mistake" after President Joe Biden invited Taiwan to its "Summit for Democracy" which is set to take place next month.

More than 100 countries have been invited to the virtual summit, though China is not among them.

And Beijing said it "firmly opposed" the island being on the guest list as it regards Taiwan as "an inalienable part of Chinese territory." China claims self-ruled Taiwan as part of its own territory and has not ruled out the possible use of force to achieve unification.

"This stance is clear and consistent. We urge the US to stick to the 'one China' principle," she said.

Beijing insists, if countries wish to have formal ties with China, that countries subscribe to the "one China" principle and therefore do not have full formal ties with Taiwan. The US, like most of the world, does adhere to this, albeit while simultaneously maintaining close relations with Taipei and not recognizing China's claim to the territory.

Taiwan, meanwhile, expressed its gratitude for the invitation and said the online meeting would be a rare opportunity for the self-ruled democracy to demonstrate its credentials on the world stage.

The "Summit for Democracy" was a campaign pledge by President Biden, who has sought to place the struggle between democracies and "autocratic governments" at the heart of his foreign policy. Russia has also not been invited to the inaugural event.

The online gathering will take place on December 9 and 10, with a second, in-person summit penciled in for next year.

Biden-Xi summit: Can the US and China keep competition under control?

Although the virtual meeting between the US and Chinese leaders did not lead to any big breakthroughs, both sides expressed willingness to cooperate on "guardrails" to prevent competition from turning into catastrophe.

China has again opposed the representation of Taiwan at the international stage after the US called for a more "meaningful" participation of the island in United Nations bodies.

US urges China to refrain from unilateral action on Taiwan

US Secretary of State Antony Blinken has called on Beijing to deescalate tensions in the Pacific during a meeting with Chinese Foreign Minister Wang Yi.