The de facto embassy in the Lithuanian capital of Vilnius uses Taiwan's own name. In August, China demanded Lithuania withdraw its ambassador and would recall its own ambassador to Lithuania. 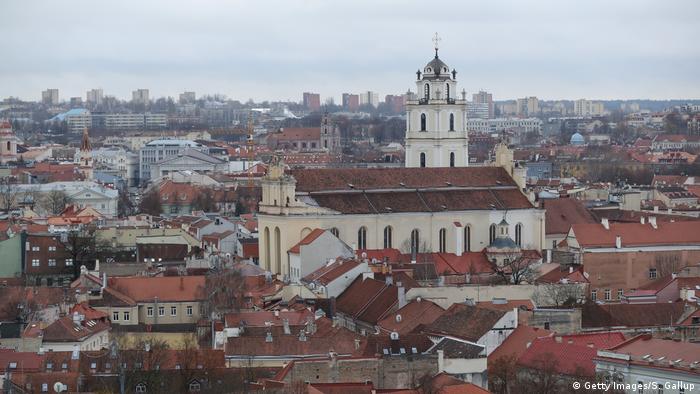 Taiwan opened a representative office, a de facto embassy, Thursday in the Lithuanian capital of Vilnius.

It is the first time Taiwan has done so in Europe. Elsewhere in Europe and in the United States, Taiwan represents itself under the name Taipei to avoid a reference to the island which China claims as its territory.

Taiwan's Foreign Ministry said it would "charter a new and promising course" in bilateral relations between the two countries. In a tweet, the ministry said it was "deeply grateful" to the Lithuanian government and friends worldwide.

Why the move angers China

In opening the representative office, Taiwanese diplomats hailed the potential for cooperation in industries such as semiconductors, lasers and fintech.

Lithuania is one of 15 countries with diplomatic ties to Taiwan.  In July, Lithuania agreed to permit Taiwan to open a representative office.

Lithuania also has plans to open its own office in Taiwan, though it is not yet announced when that is set to occur.

Why Taiwan is falling in love with Lithuania

China has stepped up its campaign against Taiwan by pressuring other nations to halt interactions and sending sorties of fighter jets into Taiwan's Air Defense Identification Zone (ADIZ), a swath of air space that a nation considers necessary to its national security that is not the same as national air space.

China has vowed to retake Taiwan, by force if necessary. It disputes Taiwan's claims to sovereignty as an independent state under the name Taiwan.

Support for Taiwan from the West

Taiwan is self-governing and democratic and therefore a thorn in the side of the one party communist Chinese state.

The US has offered its support to Lithuania in its decision to have Taiwan open a representative office in Vilnius.

Many nations have de facto embassies in Taipei, including several other EU member nations, the US, UK and Australia.