AfD lawmakers in Bavaria's state parliament were sharply criticized for leaving during a speech by Jewish community leader Charlotte Knobloch. The Holocaust survivor had accused the party of downplaying Nazi atrocities. 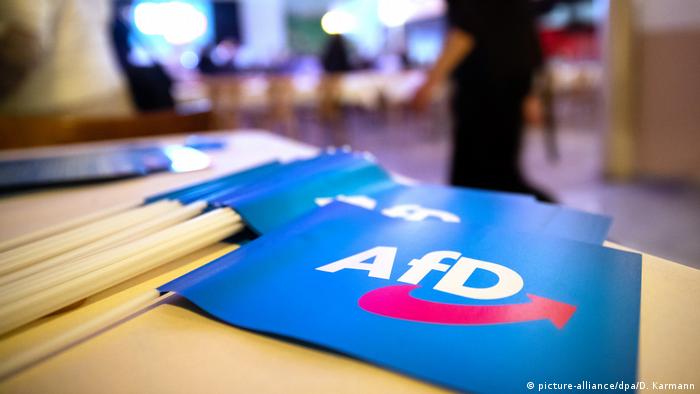 Lawmakers with Bavaria's far-right Alternative for Germany (AfD) staged a walkout on Wednesday during a memorial service honoring the victims of the Holocaust.

Only four of the AfD's 22 lawmakers in Bavaria's state parliament remained in the plenary hall after Charlotte Knobloch, the president of the Jewish Community in Munich, said the party trivializes Nazi crimes.

"A party is represented here today that disparages these [democratic] values and downplays the crimes of the National Socialists and that maintains close ties with the far-right extremist scene," she said in her speech.

"This so-called Alternative for Germany bases its policies on hate and exclusion ... and is not based on our democratic constitution," Knobloch added.

In a video of the speech posted by local public broadcaster Bayerischer Rundfunk, several AfD lawmakers are seen exiting the plenary hall while lawmakers from the remaining parties give Knobloch a standing ovation.

Knobloch, who was narrowly saved from deportation to a concentration camp as a child and survived the Holocaust by hiding in the Bavarian countryside, previously served as the president of the Central Council of Jews in Germany. 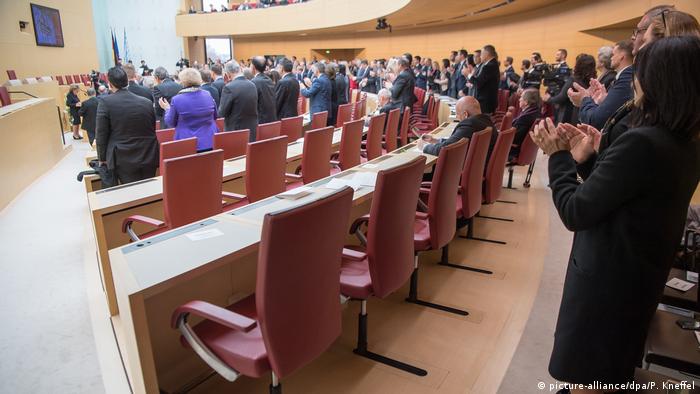 Bavaria's state premier Markus Söder sharply condemned the actions of the AfD lawmakers during the Holocaust memorial, saying they were "disrespectful."

Katrin Ebner-Steiner, the co-leader of the AfD's parliamentary group in Bavaria, defended the protest as "an appropriate response."

In a statement posted to her Facebook page, Ebner-Steiner accused Knobloch of "abusing a memorial service for the victims of Nazism to defame the entirety of the AfD and its democratically legitimate parliamentary group by using awful general insinuations."

Katharina Schulze, co-leader of the Greens in Bavaria, came to Knobloch's defense, thanking her on Twitter for her "clear and true words."

The AfD, which frequently denies accusations of racism, xenophobia and anti-Semitism, entered Bavaria's state parliament for the first time last October and is currently represented in all of Germany's 16 state parliaments as well as the Bundestag, the lower house of the federal parliament.

The party has faced backlash for a series of controversial statements by its members, including a remark last June by AfD co-leader Alexander Gauland who said Adolf Hitler and the Nazis "are just bird shit in 1,000 years of successful German history."

In 2017, the head of the AfD in the eastern German state of Thuringia, Björn Höcke, sparked controversy by describing Berlin's Holocaust memorial as a "memorial of shame" and questioned Germany's culture of remembrance regarding the atrocities of the Holocaust.

Germany's domestic intelligence agency (BfV) said it was putting the AfD under increased observation over concerns about public comments made by party members and possible links to extremist groups.