Victims of anti-Semitic attacks in Germany will be able to report incidents on a new online platform. It's run by an anti-Semitism research group and will include events that do not involve a crime in its tally. 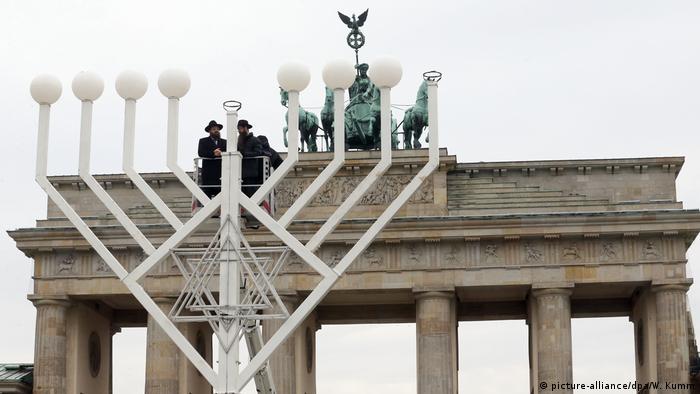 Starting in February, a platform run by the federal Research and Information Center for Anti-Semitism (RIAS) will take accounts of anti-Semitic incidents from victims and witnesses regardless of whether they are prosecutable crimes or "everyday" verbal hostility.

"We cannot leave fighting anti-Semitism in this country to the Jews," said Klein, who has been in office since May and reports to Chancellor Angela Merkel's government via the federal Interior Ministry.

Klein called upon German society as a whole to help prevent hatred towards Jews.

"We need this registration office as an important cornerstone in the fight against anti-Semitism, to develop tailor-made strategies for the distinct regions and individual focus groups," Klein told German ARD public television.

The reporting center will receive start-up funding of €243,000 ($278,320) in funds from 2019 and will be supported in the long-term by funds from Germany's Ministry for Family Affairs.

The project intends to find partners in Germany's 16 states to help victims of anti-Semitism. Federal infrastructure to that end will be set up in Bavaria, Brandenburg and North Rhine-Westphalia next year.

German authorities counted 1,075 crimes with an anti-Semitic background in the first nine months of 2018, according to the German Interior Ministry.

Read more: 'Climate has got worse for Jews in Europe,' says Moscow rabbi

Daniel Botmann, head of the Central Council of Jews in Germany, said the reporting center is necessary because police statistics exclude many non-criminal, anti-Semitic attacks. He said the initiative will be able to provide information of the development of anti-Semitism in Germany.

RIAS head Benjamin Steinitz said targeted hatred of Jews in Germany is an increasing problem. He said the RIAS office in Berlin currently records two to three cases per day. He assumes that there is a "considerably higher number of unreported cases" and said the reporting office "could shed light on the large dark field of anti-Semitic incidents and crimes."

Europe's largest menorah is once again aglow as Germany celebrates the start of the Jewish Festival of Lights. Noting Germany's dark history, President Steinmeier condemned the resurgence of anti-Semitic rhetoric. (02.12.2018)