The bill is one of the strongest political messages the institution has ever issued on Saudi Arabia and comes on the two-year anniversary of the killing of journalist Jamal Khashoggi. 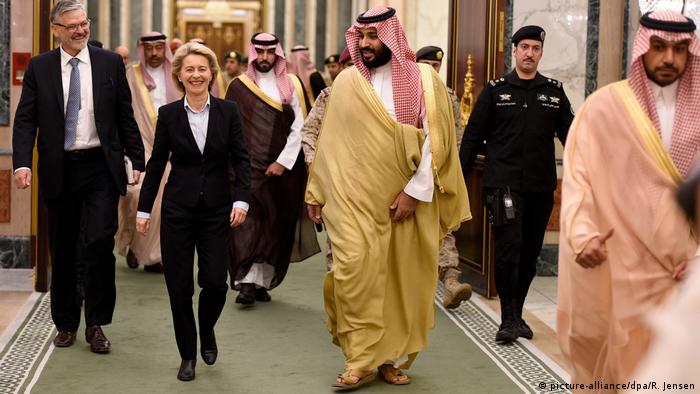 The European Parliament on Thursday voted to downgrade its attendance at the November G20 summit in Saudi Arabia over human rights concerns, and to urge for sanctions.

The bill is one of the strongest political messages the institution has ever issued on Saudi Arabia and comes on the two-year anniversary of the killing of journalist Jamal Khashoggi.

Belgian MEP and vice chair of the delegation for the relations with Arab Peninsula Marc Tarabella said: "We are all aware of the importance of Saudi Arabia as a partner of the European Union and for the stability of the Middle East. However, this must not be an alibi for violating human rights."

"The assassination of Khasoggi remains unpunished, Raif Badawi is still in prison; Loujain al-Hathloul and the women activists and even members of the royal family like Prince Salman Abdulaziz and Princess Basmah are detained without charges for years.

"For these reasons, with this resolution we strongly urge the Presidents Von der Leyen and Charles Michel to reconsider EU’s participation in the G20 summit organized by the Crown Prince Mohammed Bin Salman in November. This would be an opportunity for the EU to show coherence with its values ​​and to not legitimize the impunity for the crimes committed in Saudi Arabia."

The bills lists a litany of human rights abuses in Saudi Arabia, including, but not limited to:

The bill could mean that European Commission President Ursula von der Leyen and President of the European Council Charles Michel will not attend November's virtual summit in Riyadh, if they heed the call of the Parliament.

The joint resolution was written by MEPs from the Progressive Alliance of Socialists and Democrats group, the Renew Europe group and the Greens–European Free Alliance. The dominant center-right European People's Party group was not involved in the resolution.

The bill also calls on Saudi Arabia to:

It also urges the European Council to adopt sanctions against those responsible for the murder of journalist Khashoggi.

Sources within the European Parliament said the bill sent the message that the promotion of human rights and EU support of Saudi Arabia were contradictory.

"It would be quite embarrassing to see Ursula von der Leyen and Charles Michel sit next to Mohammed bin Salman," the source, who requested anonymity, told DW. "If you want to deal with the EU in terms of diplomatic exchange, economy and trade, you also have to deal with European values and the respect of human rights."

Saudi 18-year-old Rahaf Mohammed al-Qunun has received a wave of international solidarity in her bid for asylum. Will her struggle for human rights help to enact change within the Gulf dictatorship?

HRW Head on Conflict Zone: Governments by their nature are tempted to violate human rights

Are autocrats using the coronavirus pandemic to usher in a new age of authoritarianism?

Saudi dissidents in exile have declared an opposition party to push for political reform at home. The move coincides with a rare address to the UN by veteran Saudi ruler King Salman.