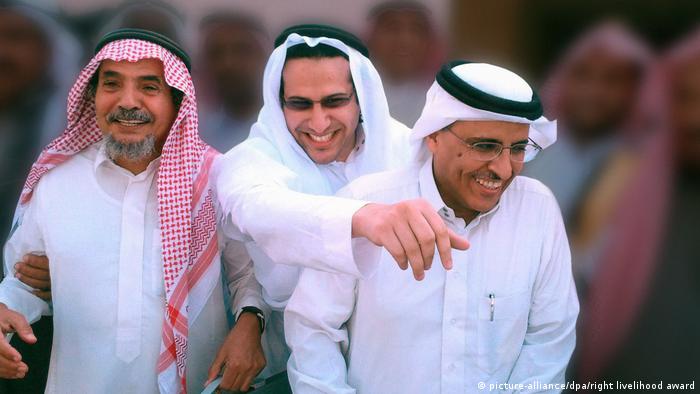 Renowned Saudi Arabian human rights activist Abdullah al-Hamid died in detention on Thursday, according to multiple rights groups. He had been in prison since 2013.

Al-Hamid, 69, received the Swedish "Right Livelihood Award", often referred to as the "Alternative Nobel", in 2018.

"Dr al-Hamid was a fearless champion for human rights in Saudi Arabia," Lynn Maalouf, Amnesty International's Middle East research director, said in a statement. "Our thoughts are with his family and friends, who for the past eight years had been deprived of his presence as a result of the state's inhumane repression."

Co-founder of the Saudi Civil and Political Rights Association (ACPRA), al-Hamid was sentenced to 11 years in prison for breaking allegiance to the Saudi ruler and inciting disorder in March 2013. Other members of the group were also charged, leading to the disbandment of ACPRA.

After a heart attack earlier in the year, al-Hamid was denied surgery that led to the worsening of his condition, according to sources. On April 9, he suffered a stroke and had been comatose since then.

Saudi Arabia has been under fire for its human rights record, which seems to have worsened under the leadership of Crown Prince Mohammed bin Salman.

Initially hailed for his attempts to modernize the country's economy and allowing women to drive, the leader has been criticized by the international community over his crackdown on dissidents and the murder and dismemberment of journalist Jamal Khashoggi in 2018.

>> Every evening at 1830 UTC, DW's editors send out a selection of the day's hard news and quality feature journalism. Sign up to receive it directly here.

Black-clad royal guards have reportedly arrested two senior members of the Saudi royal family over an alleged coup attempt. The Saudi king's only surviving brother was seen as one viable alternative to the crown prince. (07.03.2020)

Amnesty International: Number of executions worldwide has gone down

The number of documented executions was the lowest in ten years, according to Amnesty International. But the human rights group estimates that thousands went unreported. (21.04.2020)