Saudi dissident Raif Badawi has been imprisoned and lashed for allegedly "insulting Islam" in an online forum he created to discuss liberal values. The writers urged Berlin "to save the life of our colleague." 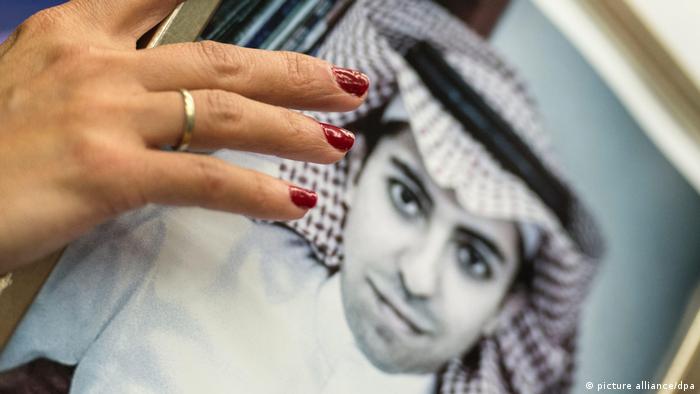 More than 50 German-speaking writers on Sunday called for the release of imprisoned Saudi blogger Raif Badawi in a letter to German President Frank-Walter Steinmeier and Foreign Minister Heiko Maas.

The letter described Badawi's"extremely worrying health condition" and urged German authorities to intervene. Berlin should seek his immediate release "in order to save the life of our colleague," the writers said.

The plea was sent out by the German chapter of PEN, an international organization dedicated to opposing "any form of suppression of freedom of expression." Its signatories included German novelist Herta Müller and Jewish author Barbara Honigmann, among others.

Badawi's wife, Ensaf Haidar, praised the initiative, saying she was thankful for the effort. Haidar has received several awards on behalf of Badawi, including DW's inaugural Freedom of Speech Award.

"I am grateful to these prominent German writers … for their letter," said Badawi's wife, activist Ensaf Haidar. "It is time to Free Raif Badawi and unite him with us in Canada."

Badawi, a prominent blogger in Saudi liberal circles, was arrested in 2012 for allegedly "insulting Islam" on an online forum he created to foster debate about his home country.

After Badawi received his first 50 lashes, Saudi authorities postponed the rest of the brutal punishment indefinitely, likely as a result of the global outcry against his detention and inhumane treatment.

"Saudi Arabia is showing a willingness to inflict vicious and cruel punishments on writers whose views it rejects," said Sarah Leah Whitson in a brief published in 2015.