Trump has raised eyebrows by calling for Russia to be readmitted to the G7. Europe unanimously opposed Russia's return as a testy G7 summit got underway. 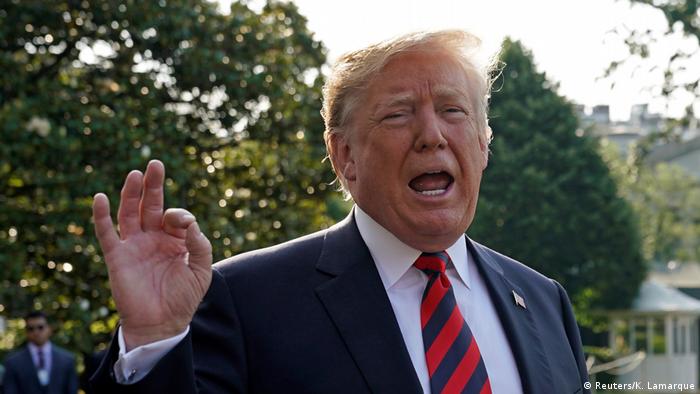 European members of the G7 agreed that conditions were not ripe for Russia to be readmitted into the group of leading industrialized nations, German Chancellor Angela Merkel said Friday.

"We are in agreement that a return of Russia to the G7 cannot happen unless substantial progress is made in terms of the problems with Ukraine," Merkel said on the sidelines of the two-day G7 summit in Canada after meeting with the leaders of France, Italy and Britain.

The European stance came in response to a surprise suggestion from US President Donald Trump earlier on Friday that Russia — which was expelled in 2014 from what was called the G8 after it annexed Crimea from Ukraine — should be reinstated into the club. "They threw Russia out. They should let Russia come back in because we should have Russia at the negotiating table," he said.

The G7 meeting is taking place at a time of heightened tension between the United States and its allies over the Trump administration's decision last week to impose tariffs on steel and aluminum imports from Canada, the European Union and Mexico. The tariff decision prompted other nations to retaliate.

The Trump administration's tariff decision added to an already widening chasm between the US and its allies over trade, climate and the Iran nuclear deal. 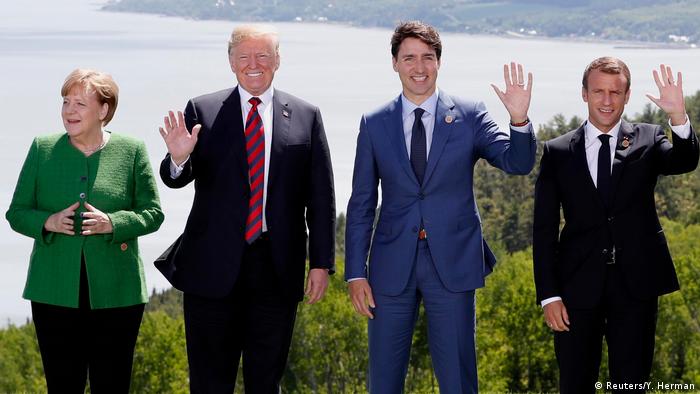 "We cannot look away," said Maas. "He knows that what he is doing is of direct detriment to Europe."

Donald Tusk, who as president of the European Council is at the summit representing the EU, said the Trump administration and the rest of the group has clear differences on trade, climate change and the Iran nuclear deal.

Tusk warned that "the rules-based international order is being challenged, quite surprisingly not by the usual suspects but by its main architect and guarantor, the US."

Merkel said that it was unclear if the G7 summit would end with a joint statement, potentially making it the first time they would fail to agree on a communique.

French President Emmanuel Macron said ahead of the summit that US allies would not be intimidated, signalling that the other six countries at the G7 meeting would be willing to sign a final declaration without Trump.

"The American President may not mind being isolated," Macron wrote on Twitter, "but neither do we mind signing a 6 country agreement if need be."

Trump was the last leader to arrive at the summit and is expected to be the first to leave on Saturday, as he prepares for a meeting with North Korean dictator Kim Jong Un in Singapore on June 12.

Trump has repeatedly railed against EU countries and Canada over trade under his "America First" slogan.

"All of these countries have been taking advantage of the United States on trade," he said before flying to Canada from Washington. "We have massive trade deficits with almost every country. We will straighten that out."

The two-day G7 summit in La Malbaie, Canada, will continue on Saturday. Issues such as gender equality and climate change will be major topics of discussion, particularly in light of the US withdrawal from the Paris climate agreement.

In their first addresses to the UN General Assembly, the French and US presidents took markedly different stances on global cooperation. Trump stressed sovereignty and protectionism; Macron urged multilateral dialogue. (19.09.2017)