Andreas Schwab, a German member of the European Parliament, has criticized eastern European states by saying they had a "rather destructive approach" in the process that led to the nomination of the new political leaders of the European Union.

Talking to DW's Conflict Zone host Tim Sebastian in Brussels, Schwab said the Visegrad countries — Poland, Hungary, the Czech Republic and Slovakia — were successful because they managed to block candidates.

"Now, you may like it or dislike it, but they had their say as well," said the German MEP for the center-right European People's Party (EPP), the European Parliament's biggest political group.

"The East has this time not had a constructive approach," he added.

EU heads of state and government met at the beginning of July for a marathon summit in Brussels and, after discarding the candidates chosen by EU parliamentary groups, proposed a new list of compromise names to lead the bloc.

The Visegrad states were particularly vocal in their opposition to one of the lead candidates, Frans Timmermans, to lead the European Commission.

Instead, European leaders nominated former German Defense Minister Ursula von der Leyen, who had not been a candidate in the European elections in May. Von der Leyen was later confirmed by the European Parliament.

Schwab stressed that eastern European states were again "regrouped by national ideas" instead of European ideas, which he described as a problem.

He suggested there should be more dialogue, in order to "convince them that if we do it together it is better for all."

This approach also applies to Schwab's own group, the EPP. Earlier this year, it suspended the party of Hungary's right-wing Prime Minister Viktor Orban, Fidesz.

Schwab said that his group had told Orban "very clearly" that it did not agree with his approach to the rule of law, but he added that a process was underway to improve the situation.

"The problem in Europe is if you kick someone out, he or she will still be in the European Union and you have to talk to them," said Schwab.

Schwab disagreed with the view that the recent political nominations in Europe had not been very transparent, as outgoing European Commission President, Jean-Claude Juncker, said. 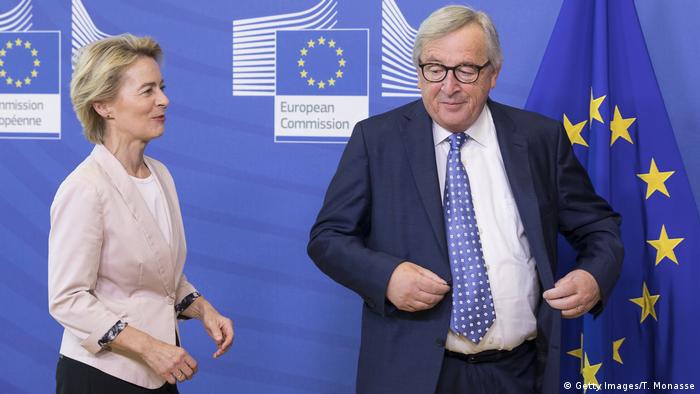 "I think it was very, very transparent," Schwab told Sebastian.

"But the treaty process has been kept and therefore there is no backdoor deal."

According to EU rules, member states nominate a candidate to lead the European Commission, who must then be elected by the European Parliament. Five years ago, the parliament introduced the system of Spitzenkandidaten or lead candidates, who were this time rejected by the heads of government.

The fraught negotiations among member states to come up with new candidates were condemned as a "fiasco", "political trickery" and a "victory of backroom politics over democracy."

For Schwab, however, "the Parliament was not strong enough to go for a real fight and win it" against the member states' leaders.

He defended the nomination process and said, "It's democracy and it's the line of the treaties that has been followed." 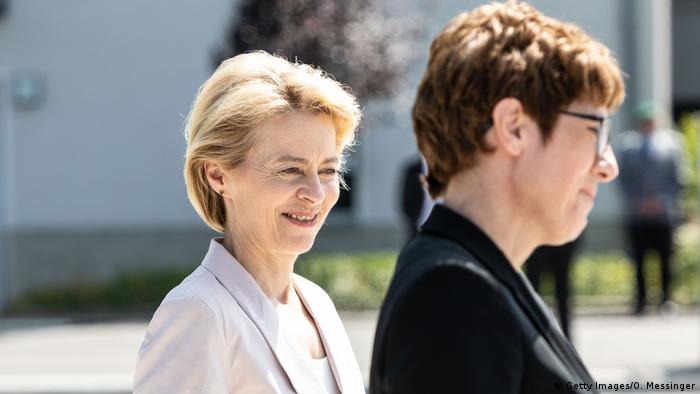 The biggest name to come out of those negotiations was that of Ursula von der Leyen, and Schwab said his fellow party member did "a marvellous job when she was presenting herself" and he has "no doubts" that she will lead the Commission in a "very, very good way."

Not everyone is so convinced and, in fact, von der Leyen has been criticized for her record as defense minister in Germany.

The German military has been beset by problems — many of which predate von der Leyen's tenure — and has been described as "underequipped, understaffed and overly bureaucratic."

Schwab dismissed the criticism and said her role was a "very difficult challenge" and she did "quite well."

Moreover, von der Leyen has been under fire for a spending scandal in her ministry, but Schwab stressed he does not want to judge her as the investigation is still underway.

He added, however, that the investigation "will find that there was a mistake but not related to her."

‘We will grill them'

But when DW's Conflict Zone host Tim Sebastian asked him whether the standards were so low in Europe that EU leaders could only agree on Borrell, who was fined 30,000 euros for insider trading, Schwab said MEPs will "grill him on this" at his confirmation hearing.

"And if we are not satisfied, he will not find a majority in that hearing."

The German MEP concluded that he was "happy about every nomination" and said it was now up to the European Parliament to check them.

"So wait for Parliament to do its job," he stressed.