Ursula von der Leyen is suspected of poor management and nepotism over her department's allocation of contracts and its decision to hire a consultant as her deputy. A parliamentary committee is set to investigate. 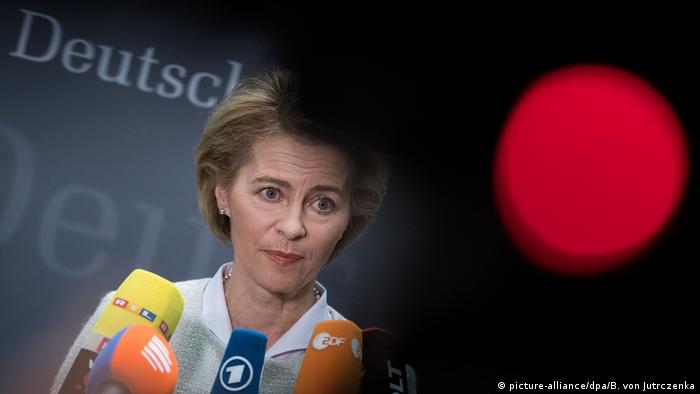 Opposition parties in the German Bundestag have agreed to launch a parliamentary investigation into Defense Minister Ursula von der Leyen's role in a spending scandal involving her ministry's allocation of lucrative contracts.

Von der Leyen, a member of German Chancellor Angela Merkel's conservative Christian Democrats (CDU), admitted in November that her ministry had made mistakes in allocating contracts to external consultants worth hundreds of millions of euros.

"There were violations of the provisions guarding the awarding of contracts," von der Leyen said. "The involvement of external parties did not always proceed correctly. That should not be allowed to happen."

The investigative committee will examine irregularities in a contract awarded to McKinsey and a €390 million ($442 million) IT contract given to another company that failed to pass through the company's supervisory board as required.

It will also investigate whether von der Leyen committed nepotism by hiring Katrin Suder, a former McKinsey consultant, as her deputy to oversee the ministry's arms procurement section.

Opposition lawmakers on the Defense Committee had complained that Suder, who quit the government early this year, had refused to speak with them over her role in the scandal. The investigative committee, unlike a standard parliamentary committee, can demand an oral testimony from witnesses.

Von der Leyen has denied that she had any influence over the hiring decision and defended the ministry's use of external consultants. "It is undisputed that we need external advice for these necessary projects," she said.

As for awarding contracts, she said the ministry had introduced "control" mechanisms to avoid future mistakes.

The "consultant affair," as it has become known in Germany, began in August after the National Audit Office raised concerns about wasted expenditures and nepotism within the Defense Ministry from 2015 to 2016.