The German Bundeswehr is still underequipped, understaffed and overly bureaucratic, a new parliamentary report has revealed. Opposition politicians also say it is ignoring its problem with far-right extremism. 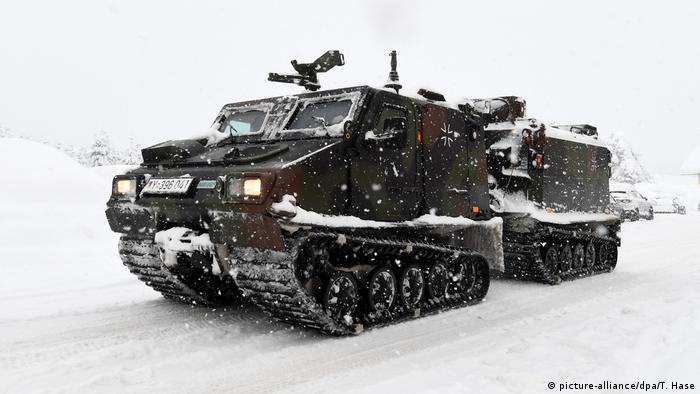 German soldiers sometimes have to rely on civilian helicopters to transport them around in Afghanistan, while vital equipment such as body armor has to be borrowed, according to the new parliamentary Bundeswehr report presented on Tuesday.

The annual study, partly based on interviews with soldiers and visits to military bases across the country, also detailed a rise in reports of sexual harassment and some instances of far-right extremism among soldiers.

"I'd like to report: It's spring, everything will be new. But the truth is: It's still winter," Bundestag military commissioner Hans-Peter Bartels said as he presented his work at a press conference in Berlin.

The biggest problem that Bundeswehr soldiers complained about was the lack of equipment, despite repeated government promises, dating back to a 2014 NATO summit, of a change in direction. That does not count as a surprising development, considering the barrage of poor press the German military has been facing.

Heavy machinery was a particular concern: Bartels found that often less than 50 percent of the Bundeswehr's tanks, ships and aircraft were available at any one time, either for training or operational purposes.

"Spare parts are still missing; maintenance in industry is dragging; the training programs are suffering," Social Democrat Bartels said. "An absolute must is the acceleration of procurement." 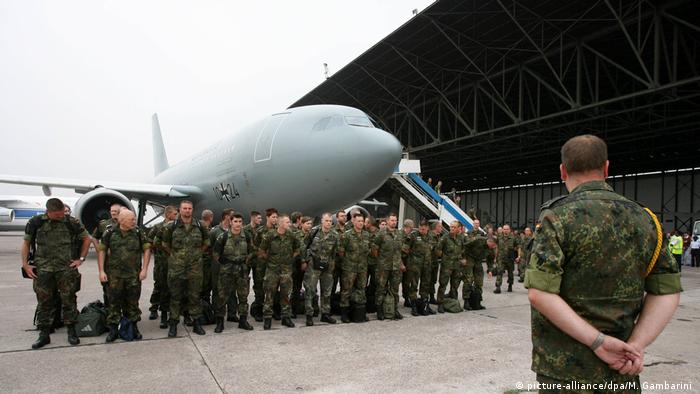 The problem, he added, was not necessarily a lack of money — he noted with approval that Germany's defense budget has risen by €5 billion to €43.2 billion ($49.3 billion) this year — but the "bureaucracy monster" that the army has become. "Too much work is being done twice or against other work," he said. "Too much work time is being wasted on poor structures. And not every expensive digitalization project is always a help."

In response to the report, Defense Minister Ursula von der Leyen insisted the army was moving in the right direction. "We must take the long view and move forward strongly," she said in a statement, before adding that the army was modernizing rapidly.

Another worry for the Defense Ministry is the stagnation of its post-conscription recruitment drive, which began after Germany scrapped national service in 2011. Though the Bundeswehr is expanding overall (the report found a net gain of 4,000 professional soldiers), most of these were won by extending existing contracts. In other words, the German military is aging.

The report also detailed the German army's struggles to fill key specialist positions, a shortage of skilled labor that is reflected across the country's job market. Germany's highest ranking soldier, Inspector General Eberhard Zorn, admitted on Tuesday that there were "rather large gaps" in the military's IT departments, medical staff, personnel management and logistics sector.

But Zorn insisted that this was "no reason to panic, either because of the figures or the quality of the applicants," he told the newspaper network RND. 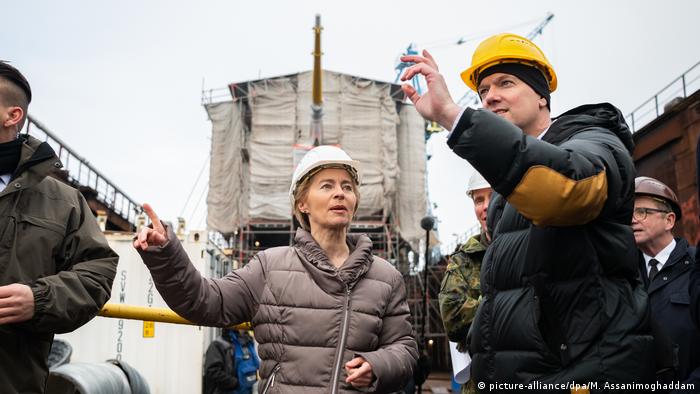 Far-right networks and Me Too

The German military is also facing crises elsewhere: The number of reports of sexual harassment in the military, or reports "on suspicion of crimes against sexual self-determination" as the report put it, rose to 288 in 2018, up from 235 the year before.

Bartels put this down to more awareness of the issue, thanks to what he called the "Me Too debate," as well as the widely reported incidents at the Pfullendorf military base in southern Germany in 2017, where female soldiers were made to pole dance at a private party and recruits were subject to "sadistic sexual practices" and bizarre hazing rituals.

"More than before, the Bundeswehr should work towards creating a climate that allows no room for sexually-motivated misbehavior," Bartels said in the report.

But the commissioner failed to address reports of far-right networks within the German military, following the high-profile story of a far-right prepper scene around the soldier Andre S, codenamed Hannibal.

Bartels insisted that such investigations were beyond his remit. "We must assume that the military is always in danger of getting people who shouldn't be there," he said, before claiming that the Bundeswehr was being "alert and consistent" in its pursuit of extremism. The number of far-right incidents, as reported by the military intelligence service MAD, fell from 343 in 2017 to 270 last year.

"There can be no doubt that with the increase of far-right political positions and parties across the whole of Europe, there are people who think like this to be found in the country's military," said Schulte. "However it is important to note that those people who make it in the Bundeswehr are operating in isolation and not openly. That is because they do not align with nor represent the core values of the Bundeswehr."

But that was not the interpretation of the Bundestag's opposition parties. "The existence of far-right extremist networks is being denied and presented as a series of isolated cases," said socialist Left party spokesperson Christine Buchholz in a statement. "It's disappointing that Mr. Bartels is participating in the downplaying of the problem of far-right activity in the Bundeswehr. We expected more from the report."

Germany is suspending participation in Operation Sophia, the EU naval mission targeting human trafficking in the Mediterranean. The decision reportedly relates to Italy's reluctance to allow rescued people to disembark. (23.01.2019)