German military sees rise in soldiers suffering from PTSD | Germany | News and in-depth reporting from Berlin and beyond | DW | 28.01.2019

Despite a decline in the number of German soldiers deployed abroad, cases of post-traumatic stress disorder are persistently high. Many servicemen and women have been forced to consult civilian doctors for treatment. 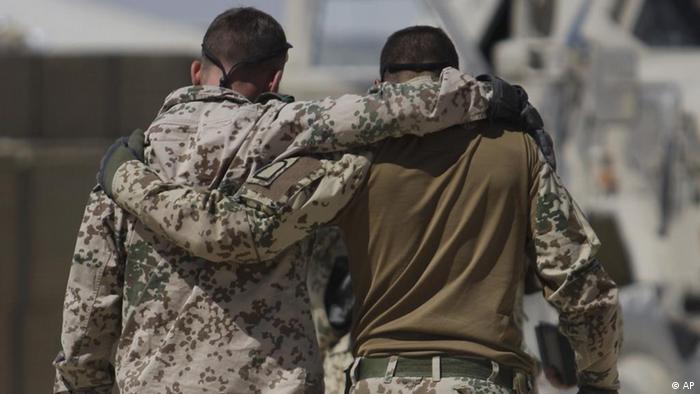 In 2018, 182 soldiers in Germany's military, the Bundeswehr, were diagnosed with post-traumatic stress disorder (PTSD), according to a report on Monday from the daily Neue Osnabrücker Zeitung. That is 12 more cases than in 2017. In total, 279 soldiers were diagnosed in 2018 with some form of psychiatric illness resulting from combat missions. Cases of depression, meanwhile, are declining.

That increase in PTSD cases comes despite the fact that fewer and fewer German troops are based abroad. In 2010, some 8,000 Bundeswehr soldiers were stationed outside the country. In early 2019, this figure had dropped to just 3,500. Many soldiers returned home from Afghanistan in 2014 when NATO's International Security Assistance Force (ISAF) mission ended.

Defense Ministry spokesperson Frank Fähnrich said on Monday that many soldiers do not report their fatigue until after returning to Germany. "The decline in service personnel posted abroad and the persistently high figures of reported cases of combat fatigue can be explained by the fact that many report their ailment only after first consulting their loved ones and then getting medical treatment," he said. 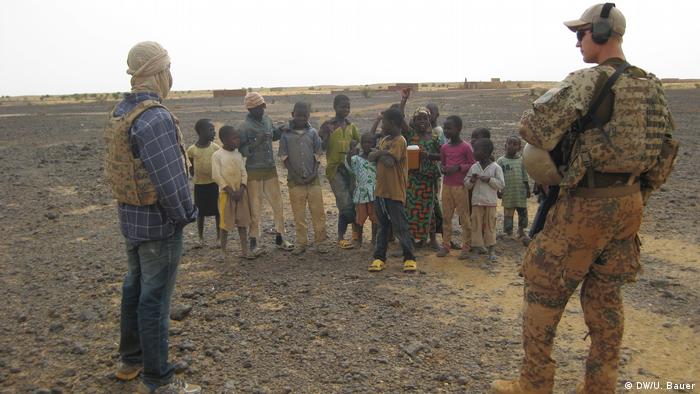 Too little money and staff shortages

PTSD can set in gradually, years after the events which triggered the illness, such as witnessing the death of a comrade or involvement in combat. The symptoms can include panic attacks and fear of public spaces.

The Bundeswehr was first confronted with cases of PTSD 15 years ago. The combat mission in Afghanistan was uncharted territory for Germany's postwar military. It had little experience in treating soldiers suffering psychological trauma after returning from combat duty.

These days, however, the Bundeswehr has become better prepared. Veterans can fill in anonymous surveys and call hotlines for help. But much more money is still needed to provide adequate treatment. In mid-2018, Germany's government said that about 25 percent of staff positions in Bundeswehr hospital psychiatric wards were still vacant. While a total of 160 hospital beds were planned for inpatient treatment, in reality only 48 were available. No wonder, then, that soldiers are increasingly seeking medical treatment from civilian doctors. Indeed, in the past eight years, this figure has risen fivefold. 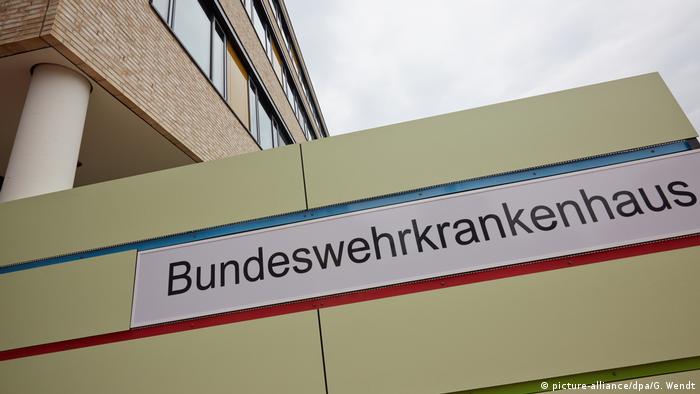 Trauma classified as a war injury

This is something that Hans-Peter Bartels, a lawmaker with Germany's center-left Social Democrats who serves as the parliamentary commissioner for the armed forces, takes issue with. "There are still many vacant positions," he says. "But overall progress has made in many regards." Bartels notes that for a long time, psychiatric illnesses following combat missions were not classified as war injuries. This, he says, is why many soldiers did not get medical help, as they felt embarrassed. But today, Bartels explains, many soldiers suffer chronic PTSD, and he doubts whether the Bundeswehr can provide adequate treatment for them.

The problem is made even worse by the Bundeswehr's bad public image of late. Indeed, In a recent op-ed published in German daily Die Welt, titled "I serve," current Bundeswehr soldier Nariman Hammouti-Reinke says there is a lack of appreciation for the work German troops do. "How come people give you a smug grin once the conversation turns to the Bundeswehr?" she asks. "Looking down on the armed forces appears to be en vogue or seen as a sign of a certain intellectual stature." Hammouti-Reinke believes Bundeswehr soldiers should receive respect for their service. "Especially when we return from a combat mission abroad or from fighting floods," she writes. "It is disappointing if there is no appreciation for this."