The number of Bundeswehr recruits under the age of 18 has dropped for the first time in five years, according to local media reports. Some politicians have called for a ban on minors in the military. 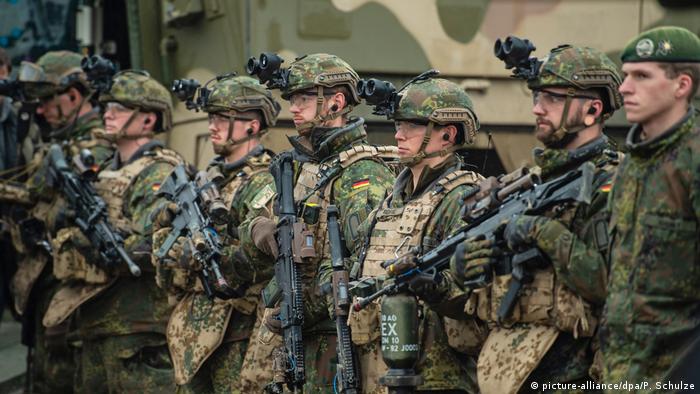 Quoting figures from the Defense Ministry, the Neue Osnabrücker Zeitung daily revealed that 1,679 under-18s enlisted in the Bundeswehr in 2018, down from a record 2,128 in 2017.

Parliamentary Armed Forces Commissioner Hans-Peter Bartels welcomed the development, emphasizing that the recruitment of minors "must remain the exception."

The Bundeswehr was at a loss to explain the drop, the first since 2013.

"Nothing has changed in the recruitment practices of the Bundeswehr," a Defense Ministry spokeswoman said.

According to Left party politician Nobert Müller, public criticism of the army is likely why "so many young people and their parents have been dissuaded from the idea." The federal lawmaker called for a ban on recruiting under-18s as youth protection laws could not be guaranteed in army barracks.

Germany currently has a volunteer army. General conscription was suspended in 2011 after Berlin decided to professionalize its troops. Prior to this decision, all young males were obligated to either serve in the armed forces or perform an alternative service for a limited period of time in civilian areas

Germans wishing to enter the military but be at least 17 years old, and if they are still underage, they require permission from their parents. The Bundeswehr has reported that 60 percent of its minor recruits turn 18 by the end of their six-month probationary period. Until they turn 18, soldiers are not allowed to be deployed abroad and may only use a weapon during specific training sessions.

The defense ministry is set to approve a plan to create 5,000 more Bundeswehr jobs than initially foreseen, according to a newspaper report. Whether officials can convince young Germans to sign up is another matter. (26.11.2018)