The powerful center-right alliance in the European Parliament has voted to suspend membership of Viktor Orban's party. Ahead of the vote Orban said that Fidesz would quit the EPP if its membership was suspended. 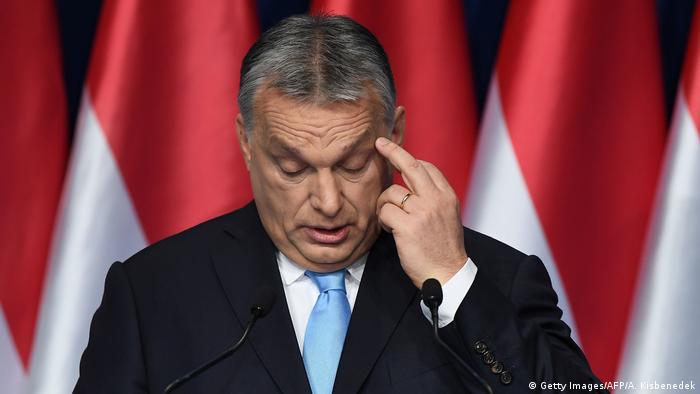 Campaign posters for the upcoming European elections taking aim at Jean-Claude Juncker and George Soros were a particular point of contention.

Orban's office earlier said that if his party's membership was suspended then Fidesz will completely leave the group.

Ahead of the vote, European Commission President Jean-Claude Juncker told German radio that the EPP should expel Fidesz.

Fidesz has been distancing itself for years "from Christian democratic values," he said. Juncker was elected to the Commission presidency in 2014 as the EPP's lead candidate.

"As long as Fidesz does not fully restore trust there cannot be normal full membership," she said. 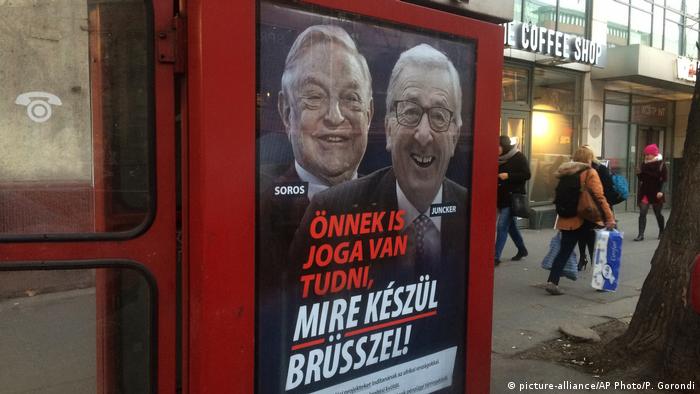 The Juncker posters did not sit well with many EPP lawmakers

Orban angered many EPP lawmakers after Fidesz started an anti-Juncker poster campaign across Hungary in February.

The posters show Juncker and George Soros, a Hungarian-born Jewish billionaire, laughing above a caption accusing them of masterminding uncontrolled immigration into Hungary.

The posters — which have since been replaced by similar placards that criticize European Commission Vice President Frans Timmermans — prompted 13 of the 51 EPP member parties to request Fidesz's expulsion.

Tensions between the EPP and Orban had been brewing for years before the poster incident. Since 2010, Orban has tried to secure Fidesz's grip on power by changing the constitution and restricting independent media outlets, charities and universities.