The posters put up by Hungary's right-wing government had sparked outrage among conservative leaders throughout Europe. Prime Minister Viktor Orban says his party plans to put up new posters featuring another EU leader. 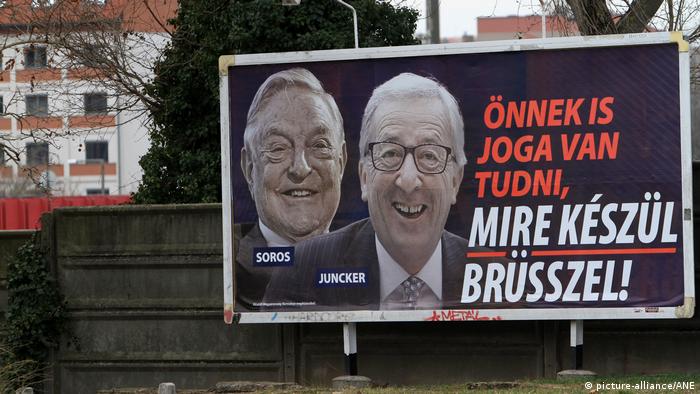 Hungary's right-wing government said on Saturday that it would stop a controversial poster campaign against the president of the European Commission and start a fresh one against his deputy.

"Hungarians have a right to know what kind of pro-migration plans are under preparation by the Brussels bureaucracy," government spokesman Zoltan Kovacs said. "That's why we undertook an information campaign, which will come to an end, according to original plans, on March 15th."

"Mr Juncker is retiring and Mr Timmermans is taking his place," he said in an interview with Die Welt am Sonntag newspaper.

Timmermans is the Party of European Socialists' lead candidate to replace Juncker as commission president in EU parliamentary elections in May.

Orban said Timmermans, like Juncker, was an "ally" of billionaire philanthropist and Orban-critic George Soros. "Everyone has the right to know this," he added.

Many posters show Juncker alongside the Hungarian-born Soros with captions that accuse both of trying to promote illegal migration into Hungary.

The posters had sparked an outcry in Brussels and within many conservative parties across the EU that ally themselves with Orban's Fidesz party.

Juncker, a member of the same conservative bloc in the European Parliament that Fidesz belongs to, the EPP, said the campaign was spreading "lies" and called on the EPP to expel Fidesz. 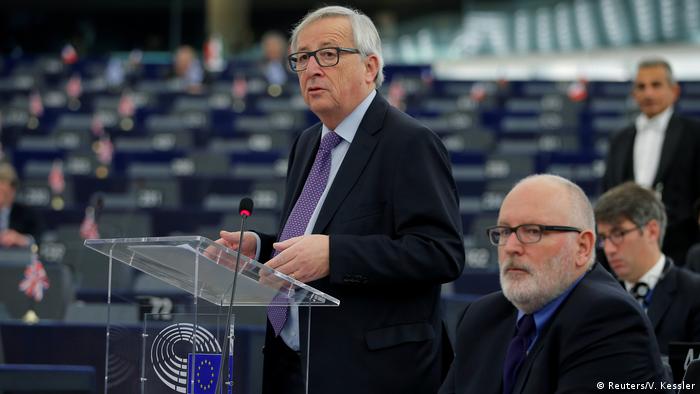 Other EPP leaders, including German Chancellor Angela Merkel, criticized Orban for sanctioning the campaign but stopped short of calling for Fidesz's expulsion.

Orban told Die Welt am Sonntag that his EPP critics were "useful idiots" of the left because they were creating divisions within the bloc.

The posters are not the first time Orban's party has targeted Soros. The prime minister frequently rails against the billionaire using anti-Semitic tropes to whip up support for his nationalist agenda.