Borrell has been Spanish Foreign Minister under socialist Pedro Sanchez since June 2018. His European experience goes back to when he was President of the European Parliament between 2004 and 2007. 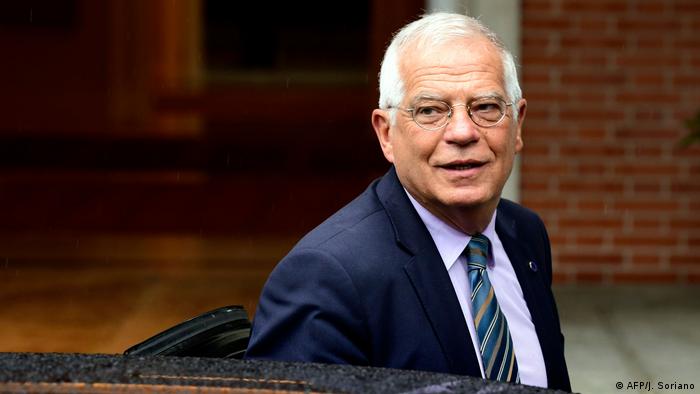 He has been in socialist Spanish and European politics since the 1970s. The 72-year-old Josep Borrell Fontelles has been nominated by the European Council for the EU's top foreign policy post: the EU High Representative for Foreign Affairs and Security Policy.

The role focuses on maintaining the Common Foreign and Security Policy, which seeks to "preserve peace and retain international security."

Maintaining the Iran nuclear deal and developing ties with countries like Morocco are likely to be on Borrell's to-do list.

Before entering politics, Borrell studied aeronautical engineering in Madrid and operational research at Stanford in the US. He entered politics in 1979 as a city councillor on the outskirts of Madrid, before being appointed to a post in the economy ministry and then election to the Congress of Deputies for Barcelona in 1986.

He was named candidate for Spanish elections in 2000 but gave it up after two people he had appointed while at the finance ministry were implicated in a financial scandal over property purchases.

He became president of the European Parliament in July 2004 and held the post until January 2007.

The Catalonia-born politician opposes independence for the region.

He took part in a Deutsche Welle Conflict Zone interview on the topic in March.

The new Cabinet, comprised of 11 women and six men, is clearly pro-European and strictly opposed to Catalonian independence. Sanchez said his administration will be "progressive, modernizing and Europe-minded." (06.06.2018)