The new Cabinet, comprised of 11 women and six men, is clearly pro-European and strictly opposed to Catalonian independence. Sanchez said his administration will be "progressive, modernizing and Europe-minded." 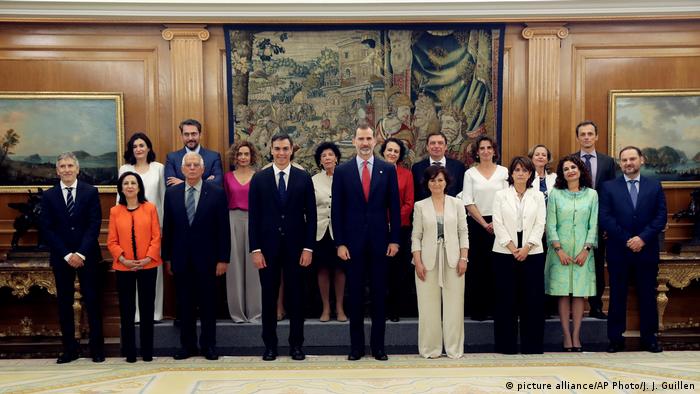 On Wednesday, Spain's new Socialist Prime Minister Pedro Sanchez presented his Cabinet. His choices sent a clear signal that Spain intends to strengthen its role within the EU. And there are more women in the administration than at any time since Spain returned to democracy in 1978.

Addressing reporters, Sanchez said of his new Cabinet: "All are highly qualified and bring a vocation for public service and reflect the best of Spain. It is pro-gender equality, cross-generational, open to the world but anchored in the European Union."

Women will now be overseeing Spain's economy, finance and defense departments as well as taking up the post of deputy prime minister. Women will also head the country's judiciary, education, environment and budget ministries.

One other notable appointment was that of Catalan lawmaker and constitutional expert Meritxell Batet as minister of regions. In that role, she will be charged with ironing out difficulties resulting from Catalonia's failed separatist movement and addressing the region's continued calls for further autonomy. Spain's constitution clearly states that the nation is "indivisible" and that national sovereignty rests in the Madrid-based parliament.

Josep Borrell, a former European Parliament president, has been named the country's new foreign minister. A Catalonian, the 71-year-old Borrell was a vocal critic of the Catalan independence movement. 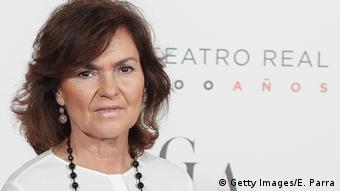 Prime Minister Sanchez, who came to power after conservative PM Mariano Rajoy was ousted last week in a no-confidence vote, faces an uphill battle in his quest to address Spain's "social emergencies." He lacks a parliamentary majority and those who helped propel him to office, such as the left-wing party Podemos as well as smaller nationalist parties from the Basque country and Catalonia, may begin to jump ship before long. In a worst-case scenario, that could lead to early elections.

Spain has the EU's fourth-largest economy and has enjoyed higher than average economic growth within the bloc, yet it also has the second-highest unemployment rate in the EU (16.7 percent) and a pension fund deficit of €18 billion ($21 billion).