Prime Minister Mariano Rajoy has fended off calls to resign as Spain's parliamentary debate heads for a no-confidence vote. The Socialist opposition hopeful Pedro Sanchez is pitching to Catalan and Basque nationalists. 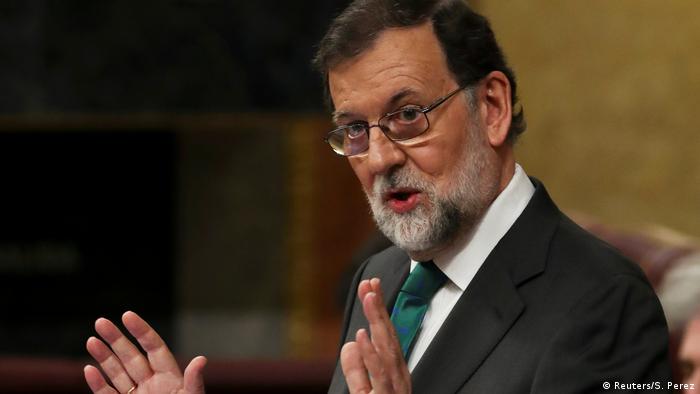 "Resign and everything will end," Sanchez said. "Your time is up."

"Every time you open your mouth, the risk premium goes up," Rajoy told Sanchez.

Last year, Sanchez regained leadership of the center-left Socialists after an internal revolt. 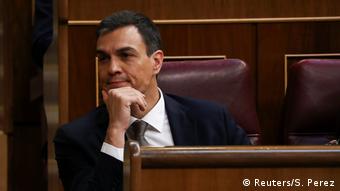 Sanchez urged Rajoy to quit ahead of Friday's scheduled vote

Sanchez needs an absolute majority, or 176 of 350 seats in the Congress of Deputies, to oust Rajoy.

The far-left Podemos is set to vote in Sanchez's favor, and the Basque Nationalist Party (PNV) announced late Thursday that it, too, would support the Socialist.

Basques are set to benefit from recent national budget negotiations, which Sanchez has promised to uphold.

Sanchez could become prime minister early next week, with the aim of calling a general election.

Refusing to support Sanchez's no-confidence motion is the Ciudadanos (Citizens) party, whose leader Albert Rivera wants a new election on a platform of more central control over Spain's self-governed regions. The party is an opponent of the Catalan separatist movement.

In power since 2011, Rajoy is credited with steering Spain out of its recession crisis. Opponents argue that this has come at the expense of austerity measures, persistently high (but falling) unemployment rates, and increased inequality.