EU inspectors to take a close look at Russia′s Sputnik V | Europe | News and current affairs from around the continent | DW | 11.04.2021 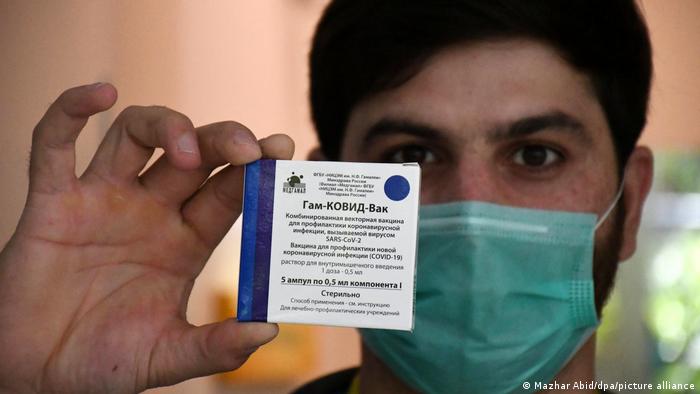 Russia was quick to bring its Sputnik V vaccine to market but will Europeans trust it?

Officials from the European Medicines Agency will soon travel to Russia to evaluate the Sputnik V COVID-19 vaccine. "An inspection of a manufacturing site is a normal step in the context of the evaluation of any marketing authorization application in the EU," according to the agency. "EMA has a legal obligation to verify that manufacturers of medicinal products for which a marketing authorization is sought in the EU, comply with good manufacturing practice (GMP)."

The EMA's director, Emer Cooke, announced the inspection of manufacturing sites in March. She said officials would also visit clinics that had tested the vaccine in order to verify compliance with good clinical practice.

"Clinical trials supporting EU marketing authorization should comply with GCP, an international ethical and scientific quality standard for designing, recording and reporting trials in humans. Compliance with this standard provides assurance that the rights, safety and well-being of trial participants are protected and that clinical-trial data are credible," according to EMA.

The agency says it will not publish the results of its inspections until the entire evaluation process for approval has been completed. Though the agency would not say when exactly inspectors would travel, Russian authorities have cited April 10 as the date. 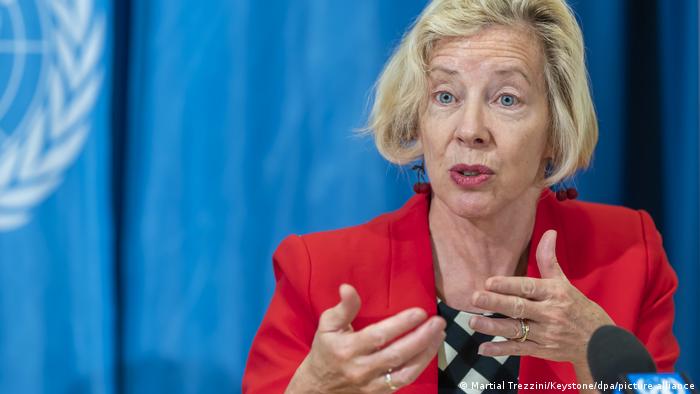 Can Russian data on Sputnik V be trusted?

Back in the EU, mistrust of the Russian vaccine is widespread. On March 17, five EU parliamentarians sent a letter to EMA underscoring those doubts, saying that Russia had repeatedly shown that it is, "more than willing to professionally engage in the wide-scale politicization and falsification of medical and scientific data when it serves their aims."

The parliamentarians pointed to Russia's numerous Olympic doping scandals as well as the poisoning of opposition figure Alexei Navalny as proof of that claim.

That is also why Peter Liese, health policy spokesman for the conservative European People's Party (EPP) in the European Parliament, has also called for a close evaluation of the Russian vaccine. "I can very well imagine that it works, that it provides good protection and has reasonable side effects. Still, that has yet to be proven, as it has never really been fully inspected," Liese told DW.

Liese says he found it problematic that Russia brought the vaccine to market so quickly. Moscow announced that it had approved use of the jab in August 2020, even though it had been tested on less than 100 people.

"More than 40,000 test persons took part in clinical trials for the approval of the BioNTech-Pfizer vaccine," says Liese. He says that is the least we can expect when it comes to approving new medicine, even though, "as in life, there is no such thing as 100% safety in medicine." 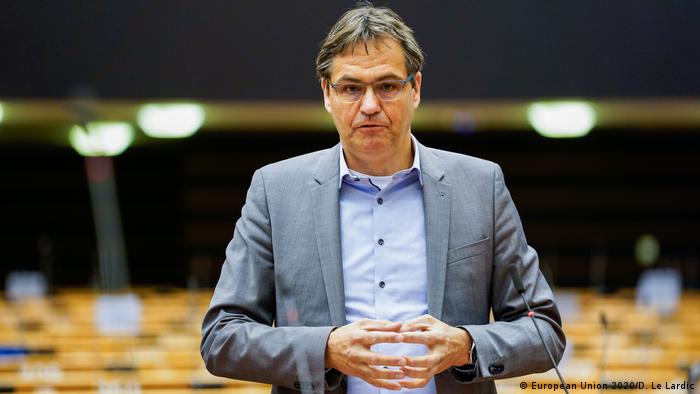 Has EMA inspected other vaccines?

Within the EU, compliance with pharmaceutical production standards is coordinated by EMA and monitored by national health authorities. Inspections outside the EU can only be waived when product testing has been conducted within the past two or three years, explains EMA.

Vaccines approved for use in the EU are evaluated on the results of GCP testing conducted mainly by national regulatory agencies — in the case of BioNTech-Pfizer, for instance, by German and US authorities. EMA and the US Food and Drug Administration (FDA) operate according to mutually recognized standards, EMA has no such agreement with Russian health authorities.

Does the EU need Sputnik V?

With coronavirus vaccination rates in the EU lagging behind many other parts of the world, German Health Minister Jens Spahn recently announced that the German government was in negotiations with Moscow over the possible purchase of Sputnik V doses contingent upon EMA approval.

Still, it remains unclear how many doses Russia, which lags even further behind when it comes to vaccinations, is capable of delivering. So far, the country has failed to develop the production capacity required to deliver large shipments to Europe.

One way to rectify that problem would be to produce Sputnik V in the EU. The German subsidiary of the Russian pharmaceutical manufacturer R-Pharm — R-Pharm Germany, located in the Bavarian city of Illertissen — has already submitted an application for inspections of the Sputnik V vaccine with EMA.

Bavaria's state government has also already agreed to purchase 2.5 million doses of the jab — though only after it receives EMA approval. The first deliveries are expected in July, at the earliest.

The European Medicines Agency plans to inspect the Sputnik V vaccine production facility to see if it can be authorized in the EU.