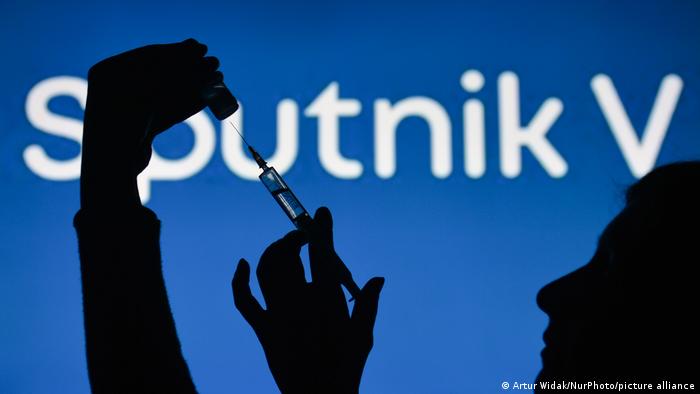 EU regulators have yet to officially approve the Sputnik V vaccine

Germany's government is making plans to bilaterally buy doses of Russia's Sputnik V COVID vaccine if it meets the approval of EU regulators but isn't purchased by the bloc, Health Minister Jens Spahn said on Thursday.

"The European Commission said yesterday that it will not sign contracts [for Sputnik] like for other manufacturers — such as BioNTech, for example," Spahn told German public broadcaster WDR.

"So I said for Germany during the meeting of EU health ministers that we will hold bilateral talks with Russia," Spahn said.

He did not say when talks would take place but emphasized that any delivery would have to arrive in two to five months in order to make a difference. "Otherwise, we will have more than enough vaccines one way or the other," he said.

About 13% of the population in Germany has received a dose of vaccine as new COVID-19 cases continue to rise.

Germany wants a "binding commitment on what amounts specifically could reach Germany after regulatory approval and when," Spahn said.

Why does Germany want a Russian vaccine?

An influx of vaccine doses would give a shot in the arm to Germany's sluggish vaccination campaign, which has been hampered by supply problems.

Germany has relied on the EU to coordinate the purchase and distribution of COVID vaccines.

However, the European Commission has faced criticism for vaccine distribution problems, and EU countries are lagging behind with vaccinations.

The EU is also reluctant to buy more vaccines from outside the bloc, predicting that there will be enough supply coming from already approved producers in a few months.

The European Medicines Agency (EMA) started a rolling review of the Sputnik V vaccine in March.

On Wednesday, the southern German state of Bavaria said it had signed a letter of intent to buy up to 2.5 million doses of the Sputnik V vaccine if it meets EMA approval. Production capacity for the vaccine has also been set up at the R-Pharm pharmaceutical company in the Bavarian town of Illertissen.

Jutta Paulus, a pharmacist and German member of the European Parliament, told DW that waiting for EMA approval was the right way to go.

"The EMA does a very thorough examination of all the data," she said.

"I cannot understand the approach of other EU member states saying, 'Well, never mind about the EMA; we just believe that it should be safe because there have been people vaccinated and we haven't heard of anyone dying,'" she added.

The Sputnik V vaccine met global criticism after its approval was fast-tracked last August. However, later reviews have indicated the vaccine is safe and effective.

What has the EU said?

The EU's vaccine chief, internal market commissioner Thierry Breton, said in a blog post Thursday that he doesn't believe doses of the Russian vaccine will arrive in time to have a positive short-term impact on the EU's vaccination campaign.

Although Breton said there is no reason to doubt the effectiveness of vaccines approved outside the EU, EMA approval generally takes a few months and therefore countries should concentrate on already approved vaccines.

Breton said he was optimistic that the EU will have enough vaccine doses by the end of June to vaccinate 70% of all adults.

Around 108 million doses were delivered in the first quarter of 2021, and Breton estimates a further 360 million will be delivered for the second quarter.