The vote by an independent panel is non-binding but could pave the way for the US to become the next country to move ahead with mass immunization. A formal emergency use authorization is expected within days. 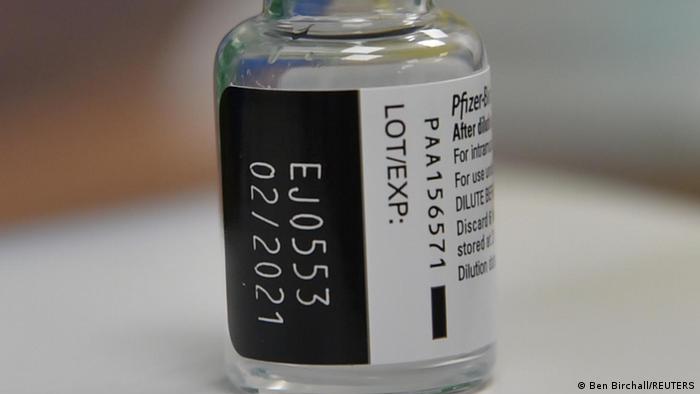 An expert panel convened by US Food and Drug Administration (FDA) on Thursday recommended emergency approval of the BioNTech-Pfizer coronavirus vaccine, which is the first move towards a mass-vaccination campaign in the US.

The non-binding 17-4 vote concluded that the vaccine developed by German biotech company BioNTech and its US partner Pfizer is effective safe for use in adults.

The independent, non-governmental, panel of experts in vaccine development, infectious diseases and medical statistics was asked specifically if the benefits of the vaccine "outweigh" the risks for use in individuals aged 16 and older.

When would vaccinations start?

The FDA must now give final authorization, which will be decided by FDA scientists, and is expected in the next few days. If the vaccine is approved, the rollout of shots could begin as early as next week, US health secretary Alex Azar said Wednesday. The first US inoculations against coronavirus are expected to be reserved primarily for health care workers and nursing home residents.

"This is a light at the end of the long tunnel of this pandemic,'' said Dr. Sally Goza, president of the American Academy of Pediatrics.

In July, the US agreed to buy 100 million doses of the vaccine from Pfizer. As it is a two-dose regimen, that initial amount would cover 50 million people.

"We will have 20 million people vaccinated by the end of this month," Azar told PBS news Wednesday.

Which other countries have approved the vaccine?

It comes as the worst-hit country in the world recorded nearly 6,000 virus deaths in 48 hours. The overall toll is approaching 300,000.

The expert endorsement comes as questions over the vaccine's safety were raised following allergic reactions in two people who received the vaccine earlier this week in the United Kingdom, which was the first country to begin administering the BioNTech-Pfizer vaccine.

Canada, Bahrain and Saudi Arabia have also approved it.

EU countries are waiting for an approval for vaccines that the bloc's own watchdog said remained on track despite a two-week-long cyberattack.