US drug regulators have given an early thumbs up to Pfizer's drug trials. It said six people died during the trials, four of whom were in the control group and did not take the vaccine. 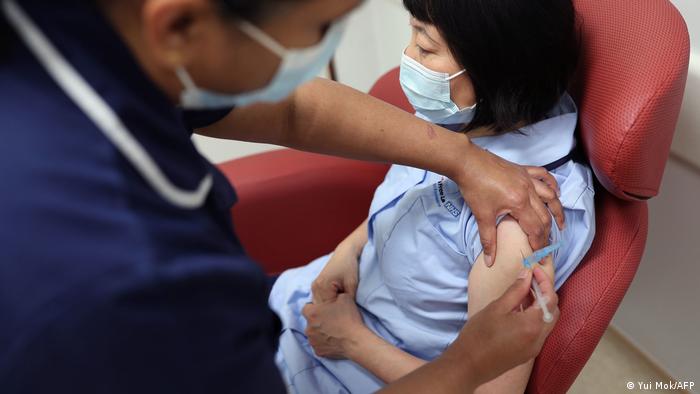 The US Food and Drug Administration (FDA) confirmed that the BioNTech-Pfizer vaccine is strongly protective against COVID-19 in documents released on Tuesday.

It said preliminary data showed that the German-developed vaccine protects against severe disease from COVID-19, but that limited data prevents overall conclusions.

It found the vaccine was about 94% effective in phase 3 trials participants aged 55 and older. In its trials, Pfizer claimed a 95% effective rate at preventing mild to severe COVID-19.

The FDA said there were no specific safety concerns that would prevent the mRNA vaccine being approved. However, it said there was currently not enough data to draw conclusions about its safety in pregnant women, children under 16, or people with compromised immune systems.

It said six people died during the trials, four of whom received a placebo rather than the vaccine. About 38,000 people were involved in the trials.

The FDA documents concluded the vaccine would benefit both uninfected people, and people who have been previously infected and could be reinfected.

On Thursday, the FDA will convene a live-streamed panel of independent scientists to look over the FDA's initial review and then issue a recomendation on whether to approve the vacine.  The FDA usually follows the committee's advice and will issue a decision in the days afterwards.

If approved, the US is expecting the delivery of 100 million doses — enough for 50 million people— in the coming months. However, news broke on Tuesday that the Trump administration failed to lock in an additional 100 million doses for delivery in the second quarter of 2021, potentially delaying its rollout.

The UK on Tuesday began issuing the first non-trial vaccinations using the BioNTech-Pfizer vaccine, after granting emergency authorization to use it.