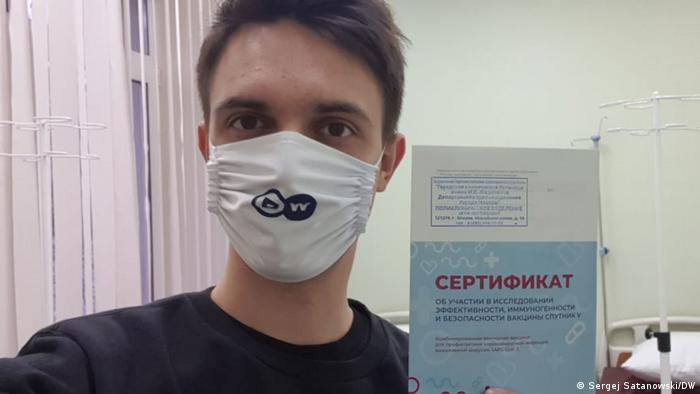 In September, there were advertisements all over the internet calling for volunteers to test  Sputnik V,  Russia's attempt at a vaccine against COVID-19. At that time, the number of cases within the country was not yet so alarming.

But the situation had changed by November, and the number of new infections had increased dramatically. I decided to take the risk and test the vaccine. I was persuaded after seeing friends fall seriously ill and be forced to isolate themselves in their homes.

So I went online and landed on the Moscow city council's site, where I filled out a form with questions such as whether I had already contracted COVID-19, whether I had been in touch with anybody infected over the past two weeks and whether I had any chronic illnesses. The health authorities have said that anybody who has already had COVID-19 should not be vaccinated this season. 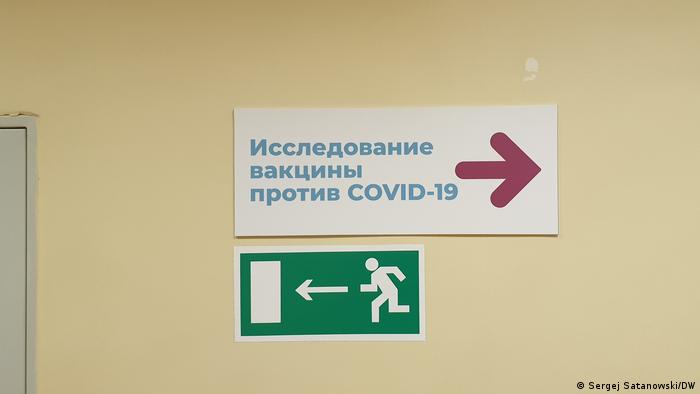 There were two directions, and DW's Sergey Satanovskiy went for the COVID-19 vaccine

About a week after sending off my form, I received a phone call saying I should go to a clinic to be examined. I went to Zhadkevich hospital, where the chief physician is the famous doctor and TV presenter Alexander Myasnikov, who is also a friend of Vladimir Solovyov, another TV personality who is part of the government's propaganda machine. In February, Myasnikov had announced that Russians had a "0.0%" chance of contracting the disease.

But it was too late. I couldn't turn back. A doctor asked me if I had taken any medicine, whether I had any allergies and whether I had had any operations. I had to call my parents to find out what operation I had had at the age of 5! Then, she gave me 16 pages of material and explained the procedure to me.

The doctor said the aim of the study was to evaluate the efficacy, immunogenicity and safety of the vaccine Gam-COVID-Vac (trade-named Sputnik V). She explained that the vaccine had already been tested on animals, such as golden hamsters and guinea pigs, in pretrials and that its safety and efficacy had been proven. However, tests on human volunteers had so far only proven the vaccine's safety.

In total, the doctor told me, there were 40,000 people taking part in this study, with 30,000 receiving the vaccine and 10,000 a placebo. She said that they all had to return for a second booster shot 21 days after the first injection and that they were required to record how they are feeling in the Check COVID-19 app.

The doctor told me that nothing else would be required of me but recommended that I take part in another study which was testing volunteers' blood for immunogenicity— i.e., the ability of the vaccine to provoke an immune response by forming antibodies that can neutralize the virus. She said that the state would pay 8500 roubles (some 93 euros) for participating in this additional study and that only 95 milliliters of blood would be taken, so I agreed.

"Even if the study is safe, you will have a special insurance," the doctor told me. When I read the policy, I saw that, in the case of my death, my parents would receive 2 million roubles (€22,000/$27,000) and if I were disabled I would get 500,000-1.5 million rubles — depending on how severely. If my health deteriorated considerably, but I was not disabled I would receive about 300,000 rubles.

I signed the forms, and the examinations began. I was tested for HIV, syphilis, hepatitis C and B and the coronavirus (PCR and the antibodies test), and my urine was tested for any trace of medication. Nothing.

One week later, I turned up to be vaccinated. It was 10 a.m. and there were already two other volunteers. First, I had my blood taken and then I received the vaccine in a small room where there were only a table, some chairs and two Pozis refrigerators, which cost about 150,000 rubles each. They are able to store the vaccine doses at -28 degrees Celsius (-18.4F).

The injection into my left shoulder was painless, but I was told that my body temperature might rise later. If this were the case, I should take some paracetamol. I was also told not to make anybody pregnant in the next three months if possible as the effect of the vaccine had not yet tested on sperm. 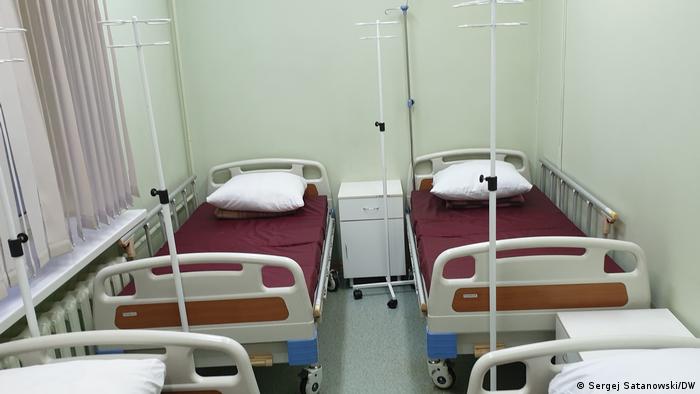 After being administered the vaccine, volunteers spend 30 minutes in a recovery room

It was only after I had received the shot that I read how other volunteers, including journalists and members of a Telegram group called Vaccine Results, had reacted. Some of them said that they had experienced muscle pain and fever within 24 hours of receiving the injection.

I developed a headache in the evening after leaving work and began to shiver and had a feeling of dizziness. I thought at first that perhaps I was imagining things after reading about all the possible side effects. But then there was no doubt that my body was reacting. My temperature rose to 38.6 degrees. I started aching and not just from my last yoga session. It was unpleasant, but I was glad because it meant that I had received the vaccine and not a placebo. I took some paracetamol, recorded the symptoms in the app and went to bed.

The next day, my temperature had gone down to 37. A day later, I had no more symptoms at all. In three weeks, I'll be getting the next shot. Apparently, antibodies start forming 42 days after the first injection. However, it remains to be seen whether they will really be able to prevent COVID-19.