Despite a hefty spike in coronavirus cases, Russian authorities insist neither a full lockdown nor quarantine measures are necessary. And among people in hard-hit Moscow, there is very little fear of the pandemic. 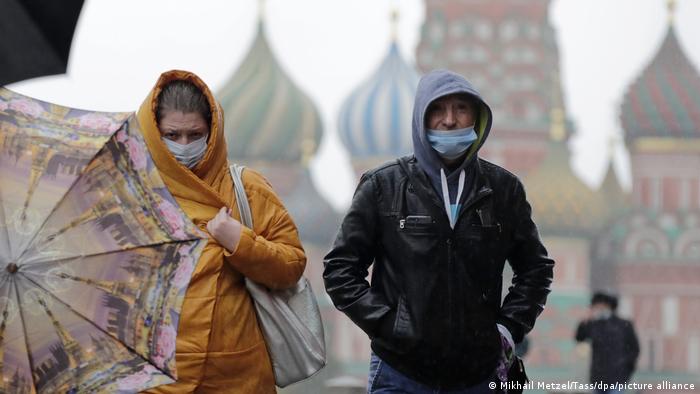 During the first wave of the new coronavirus in March, Russian President Vladimir Putin warned people of taking a devil-may-care-attitude towards the pandemic. The mentality is such a part of Russian culture that there is a specific word to describe it — "avos." Now it seems "avos" has won after all — or at least in Moscow.

Across the country, there have been record numbers of coronavirus deaths and nearly every day sees a new daily record number of cases  — with over 15,000 new infections reported on Friday alone. But this week, those numbers didn't stop people from flooding into bars and clubs in the capital, where red marks on the floor warning revelers to keep 1,5 meters (3 feet) apart are now simply seen as part of the dancefloor.

At "Beavers and Ducks," a cozy bar and restaurant in Moscow's center, guests sipped on cocktails, as staff served food in masks and gloves. "You can't run from fate. If we are supposed to get infected, we will," one woman told DW, insisting she most likely already has antibodies.

"I agree with people who think that probably by now half the country has already had the coronavirus, at least in a light form, including me. I'm not afraid of anything." Her friend adds: "Everyone will get it in the end."

Russia currently has the fourth highest overall number of coronavirus infections worldwide, behind the US, India and Brazil.

Other guests at the bar told DW they are willing to follow whatever coronavirus rules the authorities deem to be necessary. But so far, tough lockdown restrictions don't seem to be on the menu, even in Moscow. Russia's minister for industry and trade said the authorities plan to keep retail, restaurants and bars open "for now," after significant losses in the first wave of the pandemic and only limited government support measures for small businesses.

Earlier this week, Kremlin spokesman Dmitry Peskov ruled out a full lockdown for the moment. He said that after the first wave in spring the country has a "safety margin," with "more advanced treatments allowing for a lower death rate" and "hospital beds" standing at the ready.

This week, Vladimir Putin announced the approval of a second new coronavirus vaccine, though neither of the Russian vaccines have passed the third phase of rigoroussafety trialsrequired in the US and Europe. 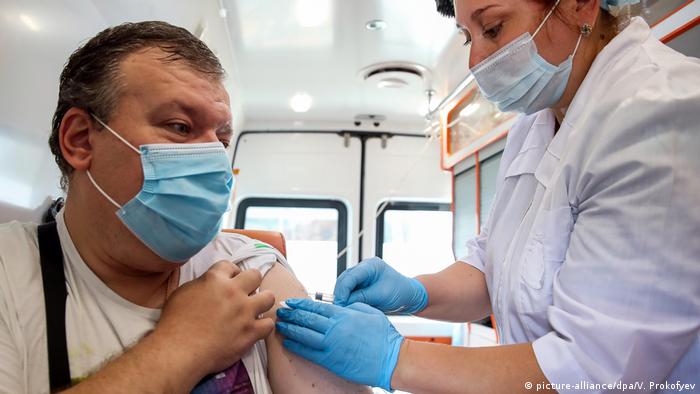 Critical in the capital

Still, Moscow's mayor, Sergei Sobyanin, has been sounding the alarm on case numbers in the capital. In early October he said the situation is "practically on the border of critical." Numbers in the capital have reached over 5,000 per day for the first time since the height of the pandemic in May.

Sobyanin became known for his hard-line stance on coronavirus measures in the first wave of the pandemic. But his measures are more moderate this time round.

This week the city announced school children from years 6 to 11 will be placed in remote learning when they come back from school holidays on Monday — but only for two weeks.

Employers will be obliged to keep 30% of employees at home. The city has announced stricter checks and more fines on public transport and the introduction of electronic QR codes that revelers at night clubs and bars with late-night opening hours will have to use to register attendance. But closures are not on the horizon. 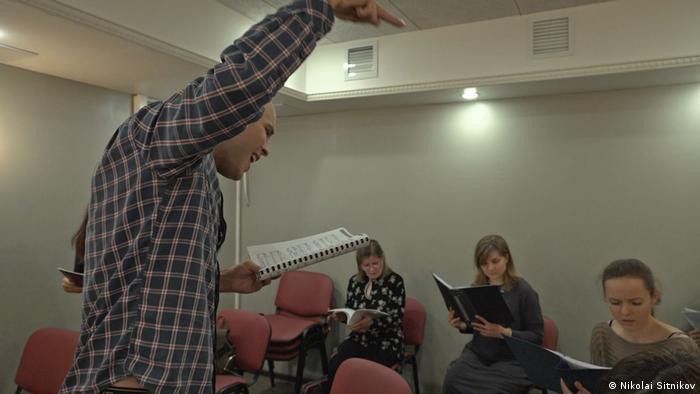 This time around, Russia's authorities seem to be placing their faith in the personal responsibility of individuals, instead of imposing strict lockdowns. "Yes, the number of infections is growing but the system is working," Kremlin spokesman Dmitry Peskov said this week. "We just need to increase people's individual public awareness, so that they take more effective measures to minimize the risk of infection."

But it is not just the economy that benefits from laxer rules. Nikolai Makarov, the director of a small amateur choir is holding weekly rehearsals in Moscow — despite the fact that singing unmasked indoors has been proven to spread COVID-19 quickly through microscopic airborne particles known as aerosols.

"It's impossible to live without music," he says, adding that the two dozen or so singers in the group have been voluntarily taking coronavirus antibody tests, which are widely available in Moscow, every two weeks since rehearsals started up again in summer.

"I am so impressed by how responsible everyone is. Anyone who feels symptoms — even of a common cold — stays at home. We are a very friendly group, so people don't want to let each other down," he says of the risk of infection.

The singers tell DW that they don't plan to stop meeting in person as long as the authorities allow it. They say the virus and rising case numbers no longer scare them, even if choirs have in the past become so-called "superspreader" events.

One of them adds: "Great art will protect us, that's what I believe. I can't live without this."