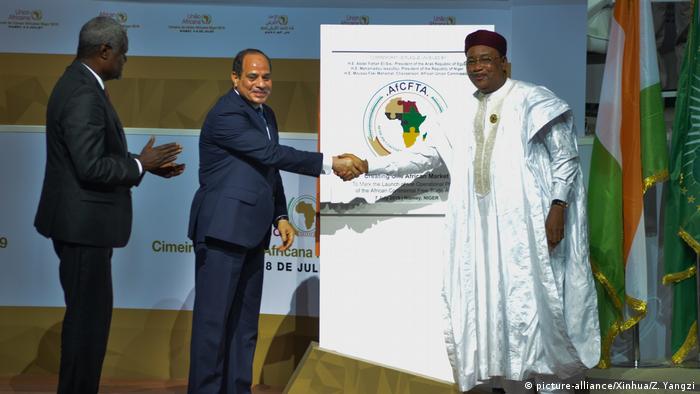 When he assumed the one-year rotating chair of the African Union in February 2019, Egypt's President Abdel-Fattah el-Sissi was already a controversial figure.

He had led a coup against democratically elected leader Mohamed Morsi in 2013, causing the AU to kick Egypt out of the pan-African body – although the country was readmitted a year later when el-Sissi won presidential elections.

His rule in Egypt has been marked by the use of "torture and enforced disappearances" against dissidents from all backgrounds, a recent report by Human Rights Watch found.

Egypt at the AU

When Egypt took over the AU, it outlined six priority areas – economic and regional integration, building bridges among Africa's peoples, cooperating with partners, economic and social development, institutional and financial reform of the AU, and peace and security.

Egypt announced in May 2019 that the African Continental Free Frade Area (AfCFTA) had come into force after being ratified by 22 countries on the continent, including Egypt.

AfCFTA "will reinforce our negotiating position on the international stage. It will represent an important step," el-Sissi told leaders attending the July 2019 African Union summit held in Niger.

Egypt, the continent's third-biggest economy, currently has limited trade relationships with other African nations. Its decision to be part of the free-trade agreement shows the country's commitment to the continent, Diatta told DW in a telephone interview.

Read more: When will the guns in Africa be silenced?

He also praised Egypt for its organizational work at the African Union Commission during its one-year presidency, including setting up twice-weekly meetings of the permanent representatives' committee in Addis Ababa and ensuring that minutes were kept.

For Amr Emam, an editor at the Egyptian Gazette, an English-language daily close to the government, a major el-Sissi achievement is repairing the country's relationship with other African nations.

"When he took over as Egypt's president, Egypt's relations with other African countries were very bad. Egypt was kicked out of the African Union although it was one of its founding members," Emam told DW.

"So over this year … he brought Egypt back to the African continent and strengthened his relations with other African countries."

However, el-Sissi has also been criticized for driving tensions with Ethiopia over sharing the Nile. The two countries have been at odds over Ethiopia's building of a giant hydroelectric plant upstream on the Nile, which provides some 90% of Egypt's water.

Ethiopia says it needs the dam to provide electricity to millions of people in mostly rural areas, while Egypt, already facing water instability, says the dam endangers its water supply.

Read more: Passage through Egypt: From Aswan to Luxor by boat 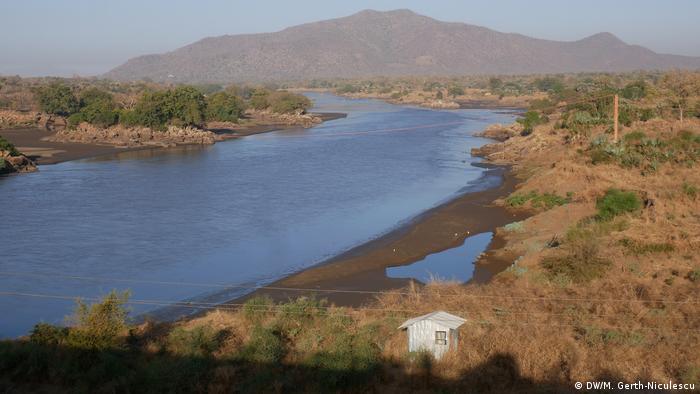 In terms of security, the results of el-Sissi's one-year AU chairmanship are mixed.

El-Sissi was the chair when the AU suspended Sudan in June 2019, days after the military violently dispersed a protest camp in the capital, Khartoum. The AU said it wouldn't lift the suspension until the "effective establishment of a civilian-led transitional authority".

The AU was praised for this decision, which put further pressure on Sudan's Transitional Military Council that had taken over Sudan after the ousting of Omar al-Bashir.

El-Sissi, however, had originally been against the suspension but was "astute enough to avoid formally overstepping its boundaries [as] AU chair," as the Institute for Security Studies puts it in a policy briefing.

The AU has also struggled to take a strong line on the Libyan crisis during el-Sissi's chairmanship.

Human rights not a focus

Egypt's priority list for the AU chairmanship made no mention of human rights and governance.

"El-Sissi has implicitly made it clear that his tenure will markedly ignore both domestic and regional pressures for the advancement of fundamental rights," wrote African Union analyst and law professor Babatunde Fagbayibo in an opinion piece for the website Africa Portal at the beginning of the Egyptian president's chairmanship.

Looking back at his year heading the AU, Amnesty International said Egypt did "little to uphold the values and principles of the organization relating to human rights."

The post of AU chairperson rotates between the five regions of the continent. El-Sissi will hand over to South Africa's Cyril Ramaphosa at the 33rd African Union Summit being held in Addis Ababa from February 9-10.

The organizers of a grand ball at Germany's Semperoper opera house in Dresden decided to honor Egypt's authoritarian president, Abdel Fattah el-Sissi, with an award. A reporter set to host the event has now backed out. (30.01.2020)