Sudan has been suspended from the African Union until civilian rule is established in the country. Calls for the bloc to take action mounted after a crackdown by the army this week, in which scores were killed. 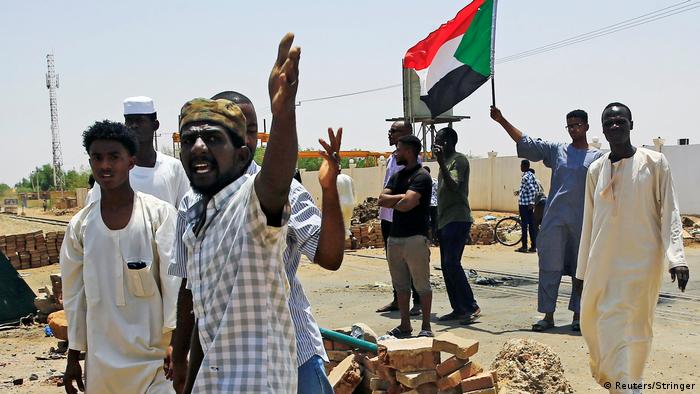 The African Union (AU) has said it was suspending Sudan from membership until power was transferred to a civilian-led authority.

The bloc had previously urged a smooth transition of power, but was accused of dragging its heels on a suspension in the wake of a bloody crackdown against protesters by the Sudanese military.

Handing down the suspension, the AU's Peace and Security Council said the transfer of power to a civilian-led authority was "the only way to allow the Sudan to exit the current crisis."

Security forces killed scores of protesters on Monday, in the deadliest day of violence in the country since longtime ruler President Omar al-Bashir was forced from power in April.

On Wednesday, an estimated opposition death toll from the crackdown rose to 108. The bloodshed has been widely condemned by the United Nations and the West.

Ethiopia — where the AU is based — is understood to be planning a mediation effort, with Prime Minister Abiy Ahmed due to meet members of both the ruling Transitional Military Council (TMC) and the opposition on Friday.

The TMC has held power since the toppling of al-Bashir, who was arrested in a peaceful military coup in April that followed months of protests against his government. On Tuesday, it called for elections to be held within nine months after an agreement with the main opposition coalition broke down.

Sudan's military council has said that talks with protesters over installing civilian rule have been suspended for 72 hours. Talks have been marred by street violence, with several people wounded. (16.05.2019)