Security forces have used live rounds in an operation to disperse peaceful protesters in Khartoum. Demonstrators are demanding civilian rule, after a military council took over from ousted President Omar al-Bashir. 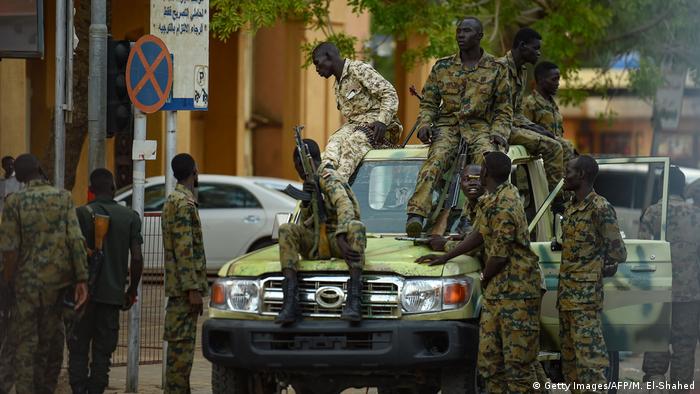 A doctor's committee associated with the protesters said at least 30 people have been killed in Sudan on Monday as the governing military council tried to end a long-running demonstration in front of their headquarters in the capital Khartoum.

Footage broadcast by Arabic television stations showed people fleeing through the streets as sustained bursts of gunfire crackled through the air. People rushed to carry away those who had been hit, the footage showed.

UK Ambassador Irfan Siddiq said that he could hear "heavy gunfire" from his residence.

Organizers, such as the Sudanese Professionals Association (SPA), called for rallies in the wake of the deaths.

Tens of thousands camp out for weeks

Unrest has gripped Sudan since the decadeslong rule of strongman Omar al-Bashir ended in April after months of anti-government protest. After Bashir was deposed, a group of military leaders took control for what they say is an interim period until new elections are held.

However, many in Sudan believe that the council will simply maintain the status quo of the Bashir regime and not hand over power. Negotiations between the military and protest leaders have broken down over disagreement between the groups on who would head a transitional government.

Tens of thousands of protesters have been camped outside the army headquarters for weeks, demanding civilian rule.

Sudan President Omar al-Bashir has been transferred to prison after a coup ended his three-decade rule. Uganda is considering granting asylum to the former leader. (17.04.2019)