When will the guns in Africa be silenced? 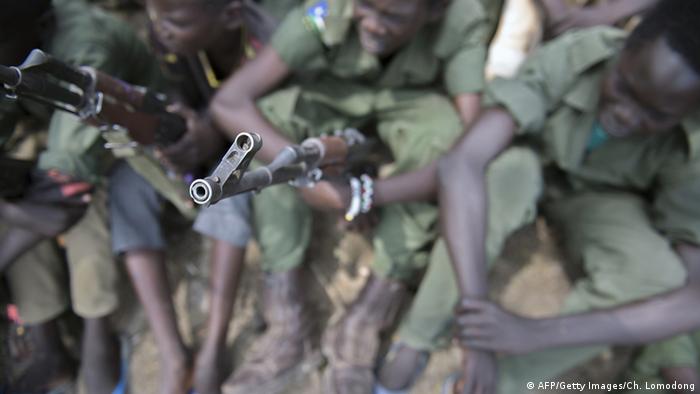 Two mass shootings, two deaths and 17 people injured. That was the scene on the streets of Johannesburg, just an hour into the new year. Assailants shot at passers-by in front of a restaurant and in the city's Mary Fitzgerald Square.

"Right now in the last 24 hours we have reached a crisis point in the gun issue," said Adele Kirsten, director of the organization Gun Free South Africa. "In South Africa, the majority of gun-related crimes in South Africa are between people who know each other and then gang-related activity, rather than predatory crime. But this is different. It is very worrying."

Like South Africa, many parts of the continent are battling with crime, insurgencies or extremism, spurned on through legal and illicit flows of weapons across is often porous borders.

In 2016, the African Union (AU) declared it wanted to silence all arms by 2020. But Africa is still far away from a continental ceasefire. According to the 2019 Small Arms Survey, around 35 million unregistered small weapons are currently in circulation on the continent.

In South Africa alone, at least 23 people are killed each day through small arms, according to police statistics. "South Africa has taken great steps backwards in the past five years," Kirsten told DW. 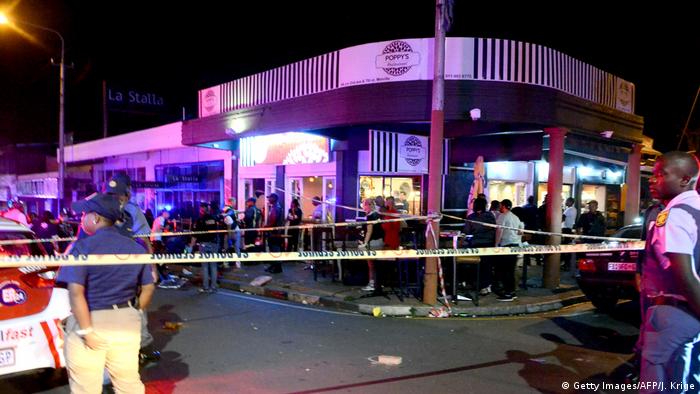 One of the main problems is the flow of illegal weapons. "Cross-border trade is one the main sources of illegal weapons in Africa," said Nicolas Florquin from the Small Arms Survey. Everything from large truckfuls of arms to petty arms trade smuggled by individuals makes it across the borders.

Read more: Stemming the flow of illicit arms in Africa

The trade can often be traced back to criminal networks, corrupt officials or even returning members of peace-keeping missions. Drug traders, militia and poachers are also often connected to the networks. "It often goes hand in hand with porous borders and lax border controls," explained Kirsten.

The cross-border trade raised cause for concern in Nigeria, where an estimated one million small and light weapons are currently in circulation, according to the most recent figures published by the national security advisor. In an effort to curb illegal trade of goods, the Nigerian government closed off its borders to Cameroon, Benin and Niger in October 2019, although some observers believe that the move was partly prompted by economic motives.

Despite heightened insecurity in some parts of the country, Nigerian analyst, Abubakar Baba Abdullahi believes that the border closures have had a positive impact. "Actually by the closure of the border at least the inflow of the arms has reduced drastically so it's a very good development," Abdullahi told DW. "Now it is up to our security agencies to start house-searching and all the other hideout of the criminals." He said the weapons inside the country will now have to be rounded up. Nigeria's Inspector General of Police, Mohammed Adamu, called on gun owners to give up their weapons at the nearest police station. This however was not very successful.

In South Africa on the other hand, this approach worked. In December 2019, the country launched its fourth firearms amnesty. During the first three rounds, over 100,000 firearms and 1.8 million rounds of munitions were handed over. During the amnesty, owners of unregistered weapons were able to handover their weapons without being charged for the illegal possession of arms as long as the weapon was not involved in a crime.

"The research both in South Africa and elsewhere shows that it's an effective mechanism to remove unwanted weapons," Kirsten from Gun Free South Africa explained. Since 1995, several African countries have conducted such amnesties. "Often the gun owners or gun lobby will say it's only legal firearm owners who are handing in their guns. That's not true. But even if it was, why wouldn't you want them to hand them in? It reduces the risk for accidental death and injury, for femicide, for suicide and for theft," Kirsten said. It is, she explained, however important to guarantee that the weapons will be destroyed and not, for instance, fall into the hands of corrupt police officers.

A must for good governance

Corruption, however, does remain a major problem in the fight against small arms. Oma Khalfan, a political scientist at the National University of Rwanda, pointed out that governments themselves were often behind illegal arms deals. "My critique is on the ego of each individual state regarding its national interests or sovereignty. This makes any progress in fighting arms of laws impossible as some countries may be behind supporting rebellion," he said. 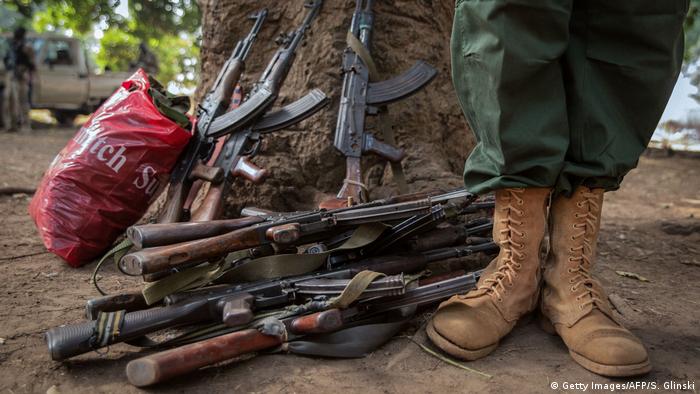 Nicolas Florquin from the Small Arms Survey, however, sees cause for hope. The AU, he says, has for instance tightened the rules around the handling of arms owned by the state and those in use as part of peace-keeping missions. But these rules need tougher implementation, especially in areas like the Sahel Zone.

And there is another problem, he explains: the AU's plans for free movement and trade. "Especially when you have a free movement of people where citizens from different countries can cross borders without having to declare what they are carrying, then it becomes tricky if one country allows blank firing weapons to be purchased without restriction but another country requires registration," said Florquin.

The AU, he said, must therefore plug loopholes which would for example restrict the trade of arms replicas and munitions. This wouldn't silence all the guns on the continent, but at least it would be a start.

Muhammad Al-Amin contributed to this report.

The newly signed African free trade agreement is hailed as a huge step forward by some, but criticized as a mammoth project with little chance of ever coming true by others. (09.07.2019)