Stemming the flow of illicit arms in Africa

The latest report into the illegal trade of small weapons across the continent highlights the extent of the problem. Illicit arms continue to fuel numerous conflicts, as the AU aims for a blanket ceasefire by 2020. 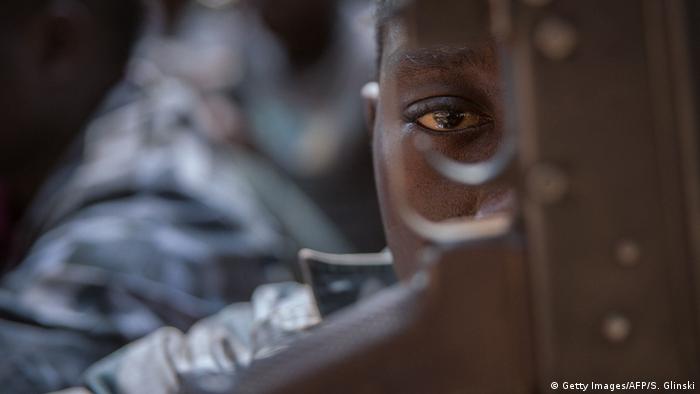 An analysis of Africa's illicit arms flows has revealed the extent of the illegal weapons trade across the continent.

The study, entitled Weapons Compass: Mapping Illicit Small Arms Flows in Africa, which was compiled by the Small Arms Survey in collaboration with the African Union Commission, comes just weeks after the African Union (AU) met to outline its ambitious goal of a total ceasefire in Africa by 2020.

The African Union Master Roadmap of Practical Steps to Silence the Guns in Africa by Year 2020 was conceived back in 2016. However, with just one year left before the deadline, turning this vision into reality is looking increasingly unlikely. The latest report aims to provide valuable background information to assist with the implementation of the AU's roadmap.

"We are now approaching 2020, but the guns are still there," Dessu Meressa from the Institute of Security Studies in Addis Ababa told DW during the AU's meeting earlier this month. "So when we say we are silencing the gun, it is part of the aspirations."

Illicit arms flows continue to promote conflicts in many African countries, from petty crime to insurgencies and terrorist activities. The data collected in the analysis aims to highlight how illegal small arms and ammunition flows can be identified and broken down, providing entry points to intercept and halt the trade.

Unsurprisingly, breaking the cycle of this illicit trade is a daunting challenge.

The illegal small arms trade is a global phenomenon, but is particularly concentrated in areas of armed conflict. The kinds of weapons in circulation — which range from firearms such as pistols and light machine guns, to mortars and rocket-propelled grenades — have become the weapons of choice for the majority of regional conflicts taking place today.

The weapons which enter the illegal trade originate from both within and outside Africa, although weapons trafficking across borders in Africa is the primary source of illicit arms. In the vast majority of cases, sophisticated organizations and networks — often made up of criminals, corrupt security officials and returning peacekeepers — are usually the ones who specialize in moving weapons across African borders. The mode of trafficking can range from large convoys carrying a significant amount of weapons and ammunition, or the so-called 'ant trade' in which the weapons are smuggled across borders in smaller numbers, but at a high rate. The lay of the land also makes a big difference.

"If you factor in the difficulty of the terrain, it makes it easy for the transportation of small arms and light weapons," Abubakar Kawu Munguno, the head of geography at the Univeristy of Maiduguri, told DW.

In some parts of Africa, the production of homemade arms — also known as 'craft weapons' — is big business, producing everything from rudimentary pistols to sophisticated assault rifles. In Ghana, for example, craft weapons are involved in 80 percent of gun-related crimes, according to the Ghana Police Service, while Sierra Leone and Ivory Coast ranked domestic craft weapons production as the most significant source of illicit arms.

The illegal arms trade also hinders development across the continent. "If a large part of the continent is on fire, the successful implementation of [the AU's agenda] will be difficult," Togolese political scientist Desire Assogbavi told DW.

Read more: Can Chinese weapons contribute to peace in Africa?

The illicit weapons trade in small arms has been at least partially blamed for the persistence of wars across the African continent. Currently, approximately 30 million firearms are being circulated through Africa. This is compared to an estimated 84 million in Europe. However, the number of firearms is less important than how they are being used.

The transfer of weapons between countries can be linked to the increase in conflict in bordering regions by the same armed groups, with conflicts frequently seeming to follow the flow of arms.

"The conflict currently taking place in DR Congo and the ongoing conflict in Libya have all aided the proliferation and acquisition of small arms in the region," Kawu Munguno explained. For example, violence has broken out in Liberia before moving towards Sierra Leone, Ivory Coast and eventually Guinea. 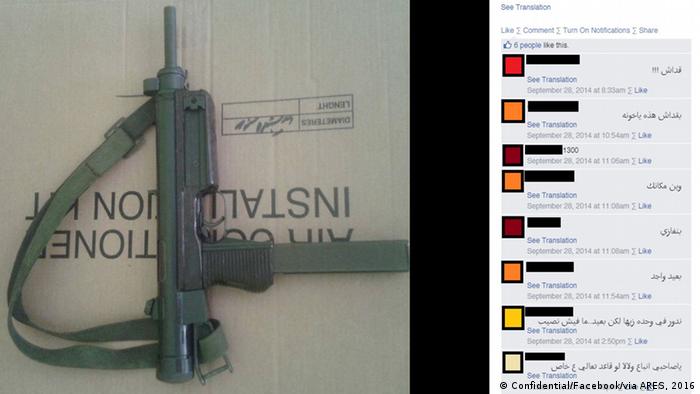 Illegal weapons have also been traded online in Libya

The regular monitoring and analysis of new sources of illicit weapons, gaining a better understanding of the demand factors which drive illicit arms flows, and increasing joint border initiatives are just some of the recommendations made in the latest study by the Small Arms Survey.

Kawu Munguno says a big issue is the lack of cooperation between African security forces — particularly in Borno state in northeastern Nigeria, which shares borders with Niger, Chad and Cameroon.

The EU has asked the UN Security Council for a mandate to crack down on illegal arms shipments off Libyan shores. The European bloc already has a naval mission in place to fight human trafficking. (07.06.2016)

Somalia descended into civil war in 1991, and a year later the UN imposed an arms embargo against the country. Now an Australian Navy vessel has seized a cache of weapons bound for the Horn of Africa. (07.03.2016)