The EU has asked the UN Security Council for a mandate to crack down on illegal arms shipments off Libyan shores. The European bloc already has a naval mission in place to fight human trafficking. 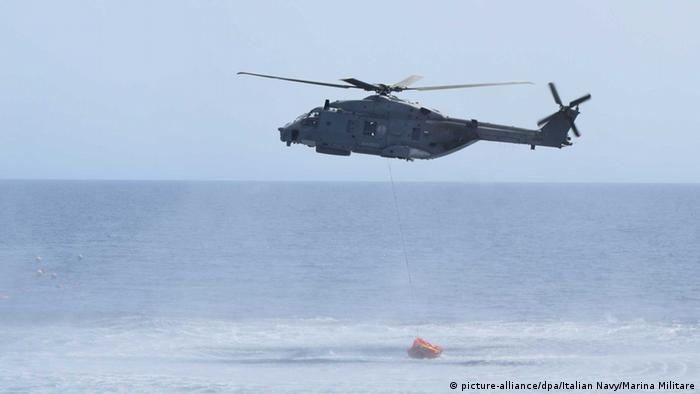 Great Britain circulated a draft resolution on enforcing the arms embargo to Security Council members on Monday. In it, European officials expressed concern that smuggled weapons "may be used by terrorist groups operating in Libya, including by ISIL (Islamic State)," according to a Reuters report.

The proposed crackdown could also shore up the Libyan unity government by cutting off its opponents from the weapons trade. The internationally backed government has faced fierce opposition since it was set up two months ago.

The Security Council previously approved an EU mission to seize and dispose of boats used for human smuggling in high seas off Libya.

On Monday, the top EU diplomat urged a mandate to expand the so-called 'Operation Sophia' to search ships for illicit weapons.

"I can only hope that this council will once again do the right thing and help us make the Mediterranean a safer place for everyone," the EU's foreign policy chief Federica Mogherini said.

Libya is still under an arms embargo that the UN imposed in 2011, during the final months of Moammar Gadhafi's regime. Recently, international powers said they would make an exception for the new unity government. The Security Council, however, also asked the administration to provide assurances that the weapons would not fall into the wrong hands.

'We need to be very careful'

Veto-wielding UN member Russia said it was concerned about the response to the EU initiative from different factions in Libya.

"We are not opposed to it but we need to be very careful about it," Churkin told reporters.

"Our concern is that everything must be done in a way that does not create any suspicion against any party," he added.

The UN diplomats said that they hoped to vote on the final version of the draft by the end of the month.