Gunmen suspected to be from Somalia's al-Shabaab Islamist militant group have launched an attack on a bus in Kenya, killing several people, including Kenyan police officers. 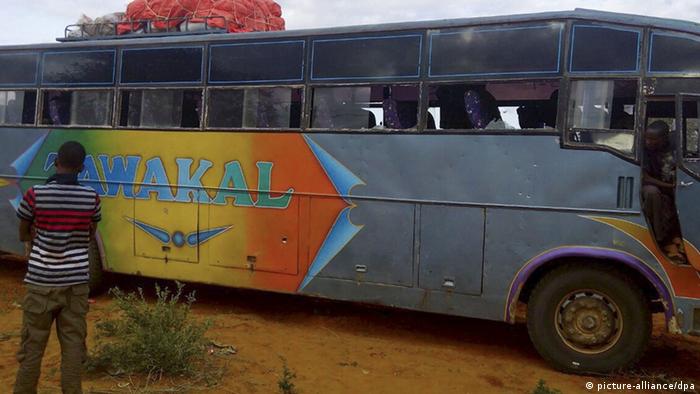 Suspected Islamist militants mounted an attack on a passenger bus in northeastern Kenya on Friday, killing at least eight people, including several Kenyan police officers, according to the government. The attack took place in an area that borders Somalia, as the bus was en route between the towns of Wajir and Mandera.

"People, among them police officers, were brutally murdered," Kenyan President Uhuru Kenyatta's office said in a statement on Saturday.

Police said the attackers had specifically targeted non-Somalis after flagging down the bus. The area is mostly inhabited by ethnic Somali Kenyans. "The attackers separated local Somalis from non-locals, and in the process, shot 10 non-locals dead," police spokesman Charles Owino said in a statement.

He said security forces were pursuing the gunmen and that the driver and conductor of the bus were in custody and helping with investigations.

Al-Shabaab said it had carried out the attack and that it had killed 10 people, including "secret security agents and government employees."

The Somalia-based militant group has targeted Kenya many times since the East African nation joined the regional peacekeeping force AMISOM in October 2011 to fight the militants. The Kenyan government has said the move was needed to protect Kenyans from al-Shabaab jihadis.

On June 15, at least eight police officers were killed in similar circumstances in Wajir county. Homemade weapons and bombs were used to kill dozens of police and soldiers in the northern and eastern border regions, where such attacks are relatively common.

Returnees hope for a better life in Kismayo, Somalia