The Coptic Christian pope has canceled a meeting with the US vice president in Cairo, in protest against America's move to recognize Jerusalem as Israel's capital. Palestinian leader Abbas also snubbed Mike Pence. 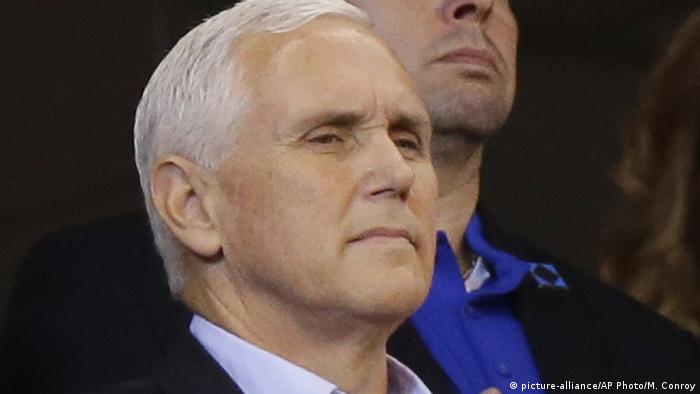 In a statement released on Saturday, the Coptic Church said it "excused itself from hosting Mike Pence" when he visits Egypt, citing US President Donald Trump's decision made "at an unsuitable time and without consideration for the feelings of millions of people."

Egypt's Coptic Church said it would pray for "wisdom and to address all issues that impact peace for the people of the Middle East." 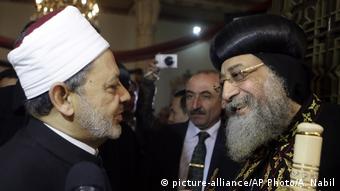 Egyptian Coptic Christians, the largest religious minority in the region, make up about 10 percent of the country's 93 million people.

The Coptic Pope's refusal to host Pence is largely symbolic but significant, because it demonstrates the Arab solidarity for Palestinians irrespective of religious affiliations.

Trump's decision to move the US Embassy to Jerusalem has not only been criticized by Muslim countries; Germany, China and Russia are among scores of nations that have slammed the US president over the policy U-turn.

The status of Jerusalem was a key stumbling block during previous peace negotiations between Israelis and Palestinians, in particular the question of how to divide sovereignty and oversee holy sites.

While Israel regards Jerusalem as its capital, a majority of the international community rejects that claim, saying the city's status should be settled in peace talks with the Palestinians.

US Secretary of State Rex Tillerson said Saturday it would take several years before the US opens an embassy in Jerusalem.

Palestinian President Mahmud Abbas will also not participate in a planned meeting with Pence later this month.

"There will be no meeting with the vice president of America in Palestine," Majdi al-Khaldi, a Palestinian diplomatic adviser, told AFP news agency.

"The United States has crossed all the red lines with the Jerusalem decision," he added.

Washington had warned Thursday that canceling the meeting would be "counterproductive" for peace in the region, but Abbas has been under tremendous pressure over the Jerusalem decision.

Jibril Rajoub, a senior member of Abbas' Fatah party, said Pence was "not welcome in Palestine."

"The fate of Jerusalem cannot be left to an occupying state that usurped Palestinian lands since 1967 with no regard to law and morality," Erdogan said, adding that reactions to the situation should be within democratic and legal bounds.

Palestinian protests against Trump's announcement continued on Saturday. On Friday, at least two people were killed and 760 were injured in clashes between Palestinian protesters and Israeli forces in Jerusalem, Gaza and the West Bank.

Israeli airstrikes killed at least two people on Saturday after targeting military facilities in the Gaza Strip allegedly linked to the armed wing of the Islamist group Hamas.

Militant groups operating in the Gaza Strip launched missiles into Israel on Friday amid mass protests and clashes against US President Donald Trump's decision to recognize Jerusalem as the Israeli capital earlier this week.

There have been Palestine solidarity rallies in many Muslim countries, including Egypt, Iran, Jordan, Lebanon, Pakistan and Turkey.

The militant al-Qaida network urged its supporters the world over to target key interests of the US and its allies, in response to Donald Trump's recognition of Jerusalem as Israel's capital.