Economy minister says Germany can do without Russian gas 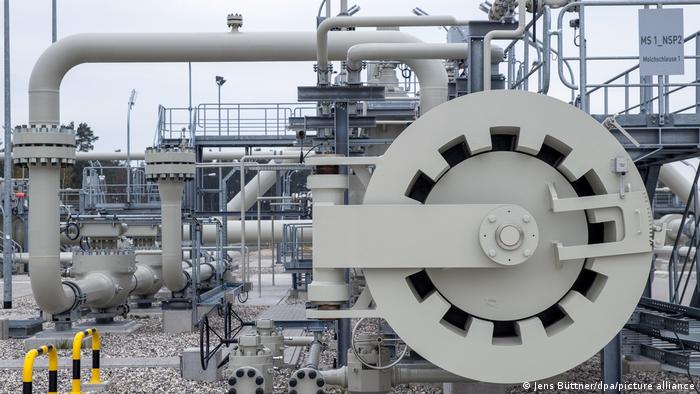 "Yes it can," Habeck said in response to Deutschlandfunk's question. He added consumers would receive assistance should energy prices skyrocket.

What did Habeck say about the dilemma confronting Germany?

Habeck, a member of the governing coalition partner Greens, acknowledged that if Germany were to cut off supplies of Russian gas, there would be a gap initially that would certainly "drive prices higher."

Habeck added, "As far as the short-term price increases and the burden on consumers and businesses are concerned, we will provide relief elsewhere."

Habeck said Germany could meet its energy needs and have the gap in supplies "compensated" with other energy sources and suppliers.

Why is Habeck concerned about Germany going without Russian gas?

Chancellor Olaf Scholz halted the approval process for the Nord Stream 2 pipeline on Tuesday in response to Putin's decision to recognize the two eastern Ukrainian territories of Luhansk and Donetsk as "independent" the day before. He also ordered the Economy Ministry to reexamine Nord Stream 2 given the newly emerging security picture in Europe.

The completed but never certified Nord Stream 2 pipeline would have increased Germany's dependency on Russian gas and was projected to account for nearly 70% of total deliveries of gas to Germany.

Scholz, along with his predecessor, has consistently supported Nord Stream 2, arguing the pipeline project was not political in nature.

Can Ukraine do without Russian gas transit fees?

Ukraine, which like Poland earns gas transit fees, may have to find ways to diversify its own supplies and rethink its function in the European gas system. Until it does, it will continue to depend on Russia.