Why the EU needs Russian energy giant Gazprom | Europe | News and current affairs from around the continent | DW | 06.02.2022

As the conflict between Ukraine and Russia heats up, the Kremlin is using gas supplies as a political weapon. DW's Bernd Riegert explores just how dependent the European Union is on the Russian energy giant Gazprom. 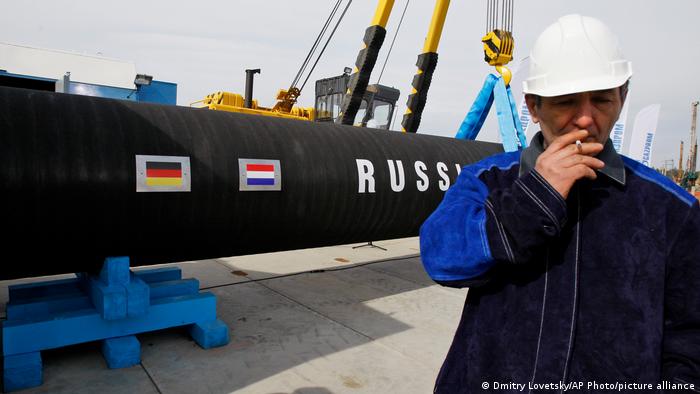 A Russian construction worker smokes in Portovaya Bay, Russia, during a ceremony marking the start of Nord Stream pipeline construction

In January, Gazprom CEO Alexey Miller said 2021 had been a record year for the Russian energy giant, both in terms of production and profits. Thanks to rising demand and the exploding cost of gas and oil, the company is raking in rubles.

It is the Russian state that controls most of the shares and decides on the company's direction. But various German firms, such as electric utility company E.ON, also own shares in Gazprom, which is the biggest producer of natural gas in the world. It has almost 500,000 employees and claims to hold the biggest gas reserves in Russia.

Miller is an old friend of Russian President Vladimir Putin, who almost always sits at the table of the supervisory board and the board of directors.

Gazprom's market power in Europe is the result of a monopoly. Russian legislation stipulates that only Gazprom is allowed to operate pipelines used for export. It has been the biggest supplier to the European Union (EU) for decades.

About 43% of the natural gas consumed in the EU comes from Russia, according to the EU statistical office Eurostat, while the rest comes from Norway, the Middle East, the US, and North Africa.

But within the EU, the market share of Russian gas varies widely in different member states. The rule of thumb is that the further east a country lies, the more likely it is to depend on Russia, and Germany, the EU's biggest energy consumer, draws about 55% of its gas from Russian energy giants.

"Gazprom uses its market power by influencing prices through the amount of gas that it supplies to Europe," energy expert Georg Zachmann from the Brussels-based Bruegel think tank told DW.

Competition between EU regulators and Gazprom

In the past 10 years, the EU has tried to establish a relatively unified gas market in the bloc by introducing regulations according to which Gazprom is supposed to supply gas to the external borders, which the member states can then trade.

Germany can buy gas in Russia and then sell it on to Poland or Ukraine. But it is in Gazprom's interest to conclude direct contracts with those receiving the gas, in order to keep dependency high.

"There is a kind of competition between the European regulators who are trying to create a market with unified prices and Gazprom which is trying to impose different prices in different countries," explained Zachmann.

While Gazprom insists that it has honored all its long-term supply commitments, Zachmann said that the company was actually supplying less gas to the market with short-term contracts.

Zachmann said that the short-term market had become increasingly important in recent years because there was an attempt to become less dependent on Gazprom in the long run. 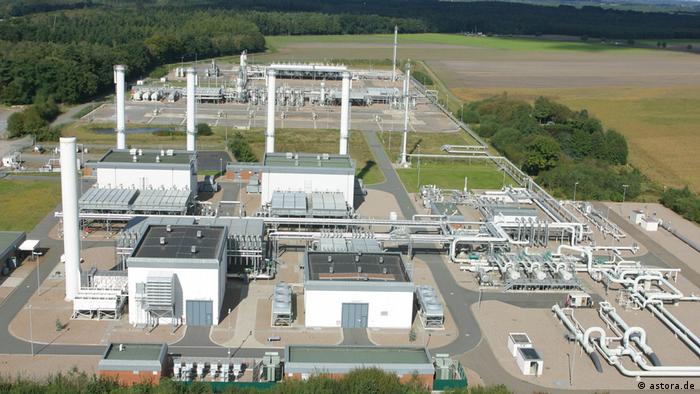 A Gazprom subsidiary owns this storage facility in Germany

"Gazprom is fulfilling its contracts, that is true, but only at the lowest level of its commitments," European Commission President Ursula von der Leyen pointed out recently. She said that other suppliers had increased their deliveries in view of the rapidly rising demand and record prices.

Von der Leyen added that Gazprom was behaving in a strange way, considering that more gas was not being supplied despite high demand. She also told the German daily Handelsblatt that the fact that the company belonged to the Russian state raised doubts as to its reliability.

Gazprom has stakes in local and regional energy providers in almost all EU states. In Germany, for example, its subsidiary Astora owns the biggest underground gas storage facility in western Europe. Located in Rehden in Lower Saxony, it acts as a buffer when there are fluctuations in supply and demand.

Could Russia turn off the tap?

If Gazprom were to receive instructions from the Kremlin to stop supplying gas to the EU, there could be significant shortages.

Von der Leyen said that she did not believe it would come to that. Since the Russian economy is so dependent on energy exports, it would not make sense to jeopardize its relationship with its biggest client and investor.

But she told Handelsblatt that the EU and the US were working to increase supplies of liquefied natural gas from Qatar or the US. Negotiations are to take place this coming Monday in Washington DC.

Germany could become even more dependent on Russia

Energy expert Claudia Kemfert from the German Institute for Economic Research (DIW) predicted that the Nord Stream 2 pipeline, through which Gazprom will pump gas, would make Germany even more dependent on direct supplies from Russia.

"Europe has a strategy of diversifying gas purchases, whereas Germany chose the opposite path and further increased its reliance. This is now backfiring," she told DW.

In her opinion, the sale of gas storage facilities should not have been approved, or at the very least should have been regulated. She said that strategic reserves were needed for gas, just as they are for oil.

The EU is now considering building up such reserves and acting as a joint purchaser of gas, more than in the past, a strategy that Gazprom is trying to undermine by wooing individual member states. Hungary, for example, just signed an exclusive contract with Gazprom and will receive beneficial treatment regarding prices. 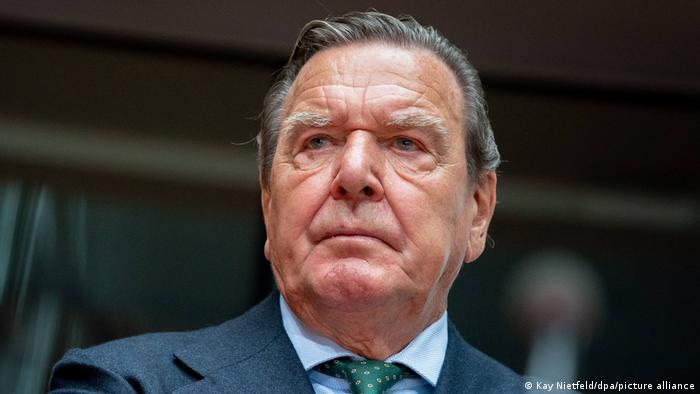 Zachmann is not optimistic that the EU can do much to oppose Gazprom's power: "You can negotiate as much as you want with a person who has all the leverage in their hand. If the gas tap can be shut off from Moscow, we are simply in a worse negotiating position."

For Miller, trade with Europe is only part of Gazprom's success. The company says it wants to become the world's leading energy company. After all, it not only trades in gas, but also in oil and it also produces electricity.

Meanwhile, President Putin has just unveiled a major gas deal with China at the start of the Winter Olympics in Beijing. The US is also a Gazprom customer and in 2020, 8% of the country's oil imports came from Russia, more than came from its ally Saudi Arabia.

What are the causes of the world wide energy crisis?