Cyberbullying: ′There are no safe spaces anymore′ | Germany | News and in-depth reporting from Berlin and beyond | DW | 12.04.2019

Cyberbullying: 'There are no safe spaces anymore'

Bullying online can quickly bleed over into real life. Online comments can lead to physical attacks; explicit pictures sent to one person can make their way through the whole school. The key to stopping it: prevention. 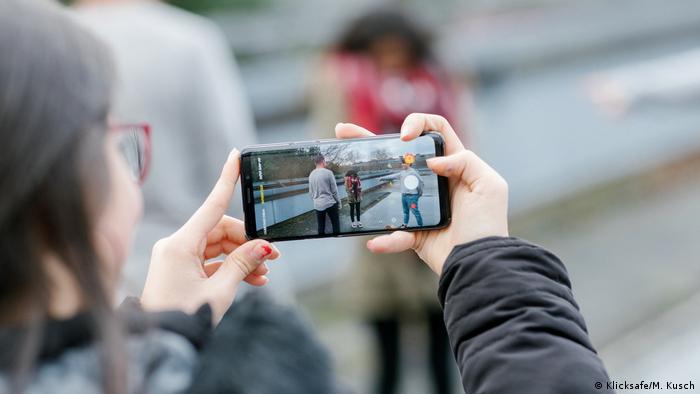 Children can be cruel, as everyone knows who has ever been bullied or has children who had to go through it. The newest case that made the news comes from Indonesia: Local media report that a 14-year-old girl was attacked by 12 older girls and beaten so badly that she had to be taken to the hospital. The alleged reason for the attack: comments that the 14-year-old was said to have posted on Facebook.

On Twitter, users heatedly discussed the case using the "Justice for Audrey" hashtag.

"This extent of violence is extreme, but it's not unusual that a conflict between teens that starts online bleeds over into the 'offline world,'" said Birgit Kimmel, educator and director of the European Union initiative Klicksafe, which is part of an EU effort to boost online safety.

"Bullying can begin online and continue in real life or the other way around," Kimmel told DW. "It usually encompasses both worlds, just like in the Indonesia case." 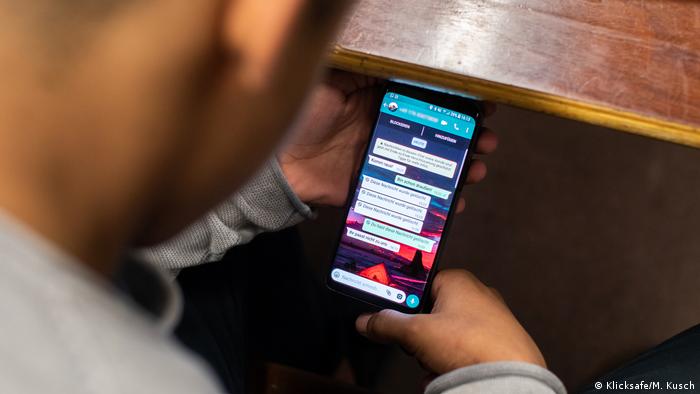 Bullying is mostly a problem among youth going through puberty, says Kimmel. And because most of these teens have a smartphone, the teasing, hurtful comments and threats never stop for the victims — not even at home.

"There are no safe spaces anymore," Kimmel said. "You are attacked 24/7. In almost all cases of bullying at school, it continues online."

Because of this symbiosis, Kimmel and other experts don't distinguish between cyberbullying and "regular" bullying anymore. And neither does the German judiciary: There are no laws targeted specifically at cyberbullying. Instead, a lot of work goes into preventative measures.

"We have officers that are trained for this kind of prevention in particular and then cooperate with local organizations and go into the schools," Erika Krause-Schöne, chairperson of the women's group in the German Police Union, told DW. Prevention starts as early as elementary school. After all, many children that age are already internet users.

"We need to start prevention early," Kimmel underlined. Experts need to explain the pitfalls of the internet to the kids and tell them to ask for help if they are attacked online. "We say to them: 'When someone won't stop bothering you, even though you asked them to, and you then tell someone else about it — that's not tattling!' To kids, this is a really big deal," Kimmel said.

The approach changes when the children get older. In prevention classes with teens, Kimmel said, experts discuss the difference between public and private spaces.

One major topic that always comes up: Why it's a bad idea to send nudes or otherwise revealing photos to anyone, even your boyfriend or girlfriend. When the relationship ends, those explicit pictures could make their way into the class Whatsapp group. From there, they spread across the whole school, and pretty soon everyone is talking about them. 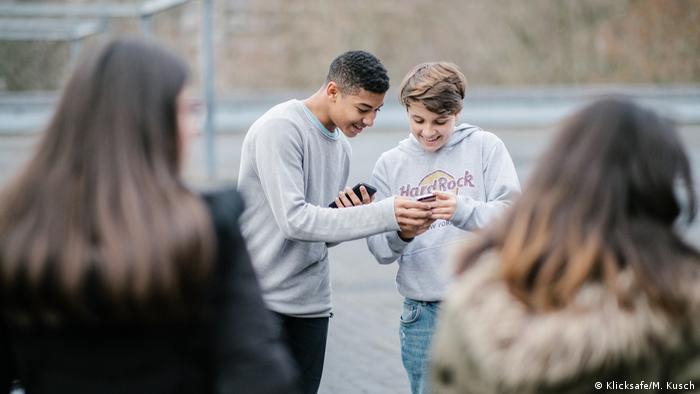 "What matters most to the victims is that those images go away as quickly as possible," Kimmel said.

The video was deleted from the Internet as well. After a short time, it was gone. Unfortunately, this is the exception, not the rule, Kimmel says: Most schools don't have cyberbullying specialists who know what to do and can intervene quickly.

But it's not just teens who need to learn more about the dangers of cyberbulling — parents, too, must be informed and involved, say experts.

"From my own experience I can say that parents are now directly approached by the school about this, too," the police union's Krause-Schöne said.

The need is definitely there. Many parents don't know how to navigate social networking tools like Snapchat and Instagram, and often don't know what their children share on them. Figuring out which privacy settings best protect your account can be difficult, even for veteran users. Kimmel is clear on the importance of taking time to figure out privacy settings: "Parents need to really burrow into this."

When mom and dad learn that their child has been bullied online, often their knee-jerk reaction is to go to the police. In Germany, individuals can report threats and cases of libel or defamation online, just as if they occurred in the non-virtual world.

"You really need to think hard about whether you want to go down that road," Kimmel underlines, since processes like this take weeks or months. Legal punishments are "sanctions for the perpetrators, but they don't help the victim in the short run." The expert says that for victims of bullying, an intervention from the school along with support from parents, friends or a professional are often much more important than legal remedies.

War in Europe has become a reality for the first time in decades. German teens are concerned that Russia's aggression will spread beyond Ukraine.