Australian child model Amy "Dolly" Everett killed herself after becoming a victim of cyberbullying, her family has said. Mourners drove many hundreds of miles to attend the memorial at her family's isolated cattle ranch. 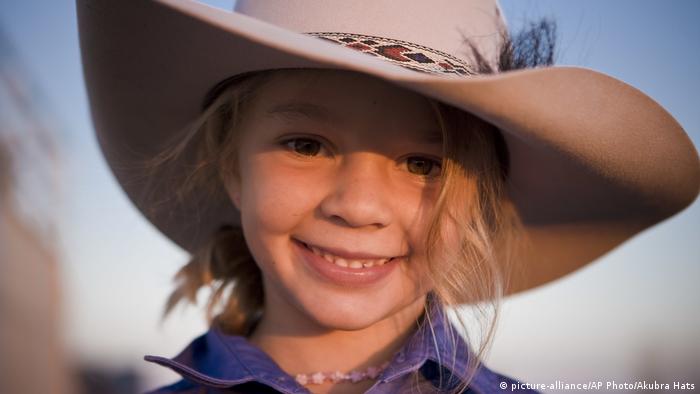 Hundreds of mourners gathered in a remote part of Australia's Northern Territory on Friday to honor the 14-year-old victim of cyberbullying.

According to the parents of Amy "Dolly" Everett, the former child model took her own life after facing intense harassment online.

Everett was the well-known face of Akubra hats, one of Australia's most recognizable brands – a picture taken of her wearing one of its iconic rabbit-felt hats in 2009 is still regularly featured in the company's ads, most recently this past Christmas.

The firm is also known for making hats for the Australian military as well as Harrison Ford's iconic fedora in the Indiana Jones adventure "Raiders of the Lost Ark."

"We are shocked and distressed to hear of the passing of 'Dolly'," Akubra said in a statement. "To think that anyone could feel so overwhelmed and that suicide was their only option is unfathomable."

The Everett family has launched a campaign called #StopBullyingNow, which spread rapidly on social media following the news of Dolly's death.

Everett called on those who had bullied his daughter to "witness the complete devastation you have created."

Australia's National Centre Against Bullying reports that one in seven Australian children is subjected to cyberbullying and that youth suicide in the Northern Territory is the highest in the country.

Women need to acquire a good level of media literacy to participate in social discussions and protect themselves from cyberbullying. An expert meeting held by DW Akademie in Nairobi, Kenya came to this conclusion. (18.12.2017)

Cyberbullying, fear of missing out, anxiety: how badly does social media affect our mental health? (18.07.2017)

Three million clicks and counting ... There has been a wave of support in response to a simple video posted online by a German teenager who is asking his peers to stand up to bullying. DW takes a look. (13.02.2015)