Anti-Semitism in German schools to be tackled with anti-bullying commissioners | News | DW | 05.07.2018 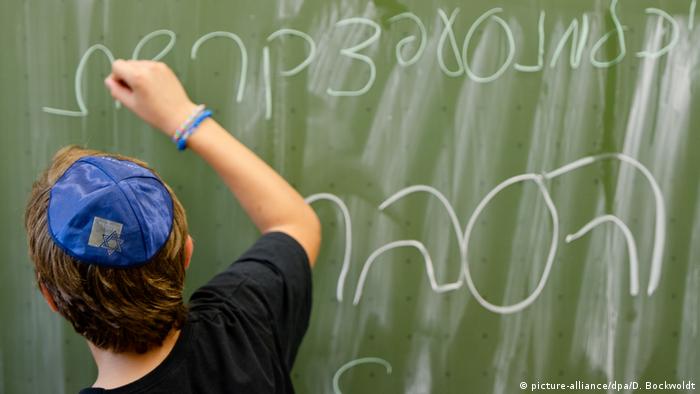 "We need to take religious bullying in classrooms and school playgrounds very seriously, regardless of who the bullies are," she told the paper.

She pointed out that teachers need assistance in fighting bullies of any kind. "In school, children must learn respect and how to live together peacefully; that is the foundation of a peaceful society."

German schools, especially in the capital, Berlin, have seen a rise in anti-Semitic incidents. In the John F. Kennedy school, a student was bullied for months with anti-Jewish taunts and pictures of swastikas. He was also told that he was not "a good Jew" by some classmates.

Other schools have reported anti-Semitic bullying and attacks motivated by anti-Israeli sentiment of some Muslim students.

The latest government statistics released in May 2018 show that more than 90 percent of anti-Semitic crime is perpetrated by the far-right.

German-Jewish groups and Germany's anti-Semitism commissioner, Felix Klein, however, point out that if no definitive motive can be found, an incident will automatically be ascribed to the far-right in the statistics.

"There is evidence we have to take seriously that that is not accurate and that Muslim-motivated anti-Semitism is far higher," Klein said in May.

Critics, however, point out that the problem is not as severe as it may look, as statistics do not show a major rise in anti-Semitic attacks. In 2017, there were 1,504 registered cases — a 2.5 percent rise compared with the year before.

A synagogue in one of the German capital's most Muslim neighborhoods and a Jewish trade school are two projects Berlin is pursuing in an attempt to counteract growing anti-Semitism. But will they change anything? (15.03.2018)