The parliamentary party leader of Germany's CDU has called for mandatory reporting of anti-Semitism in schools. The problem has been rearing its head in recent months with several cases gaining notoriety. 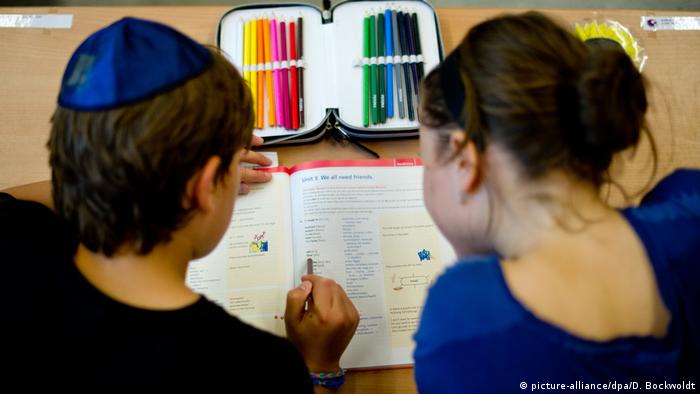 CDU Bundestag parliamentary party leader, Volker Kauder, told Welt am Sonntag there was a lack of systemwide information on the issue.

"In every federal state, schools should be obliged to consistently report such incidents to the school administration," Kauder told the paper.

He said it was important they report it so education authorities could form an interschool response to problem, which has been under the spotlight in Germany in recent months.

"In schools, each individual case must be punished consistently," the CDU politician added. "On this subject in particular, there must be zero tolerance!"

Kauder's comments came after nation-wide outrage when a little Jewish girl was bullied for months on end by her Muslim classmates in Berlin.

The president of the Central Council of Jews in Germany, Josef Schuster, told DW last month that Muslim children were being indoctrinated in their homes.

"We must be clear about one thing. No child, no youth, is born as an anti-Semite. That means these children must have gotten those ideas somewhere."

The case brought many similar cases out of the woodwork, with the director of Human Rights Watch in Germany accusing authorities of "burying their heads in the sand."

The issue of anti-Semitism in Europe was further highlighted by the violent murder of an elderly Holocaust survivor in France at the end of March.

The CDU's Kauder on Sunday, however, warned against reducing the topic of intolerance to the fight against anti-Semitism.

"The statements of the father of the Jewish girl in Berlin, whose case triggered the discussion, were very thought-provoking for me," said Kauder. "He spoke of some boys from Muslim families treating classmates badly, whether they were Jews, Christians or even Muslims, for example when they went to the wrong mosque."

How will France deal with rising anti-Semitism?

Some people in France hope the outrage over the killing of 85-year-old Mireille Knoll may turn the tide against an upsurge in anti-Semitism in the country. Others are not so sure. Elizabeth Bryant reports from Paris. (29.03.2018)