The union chief called smartphones a "permanent source of bullying." Mobile phones have already been banned at schools in France. 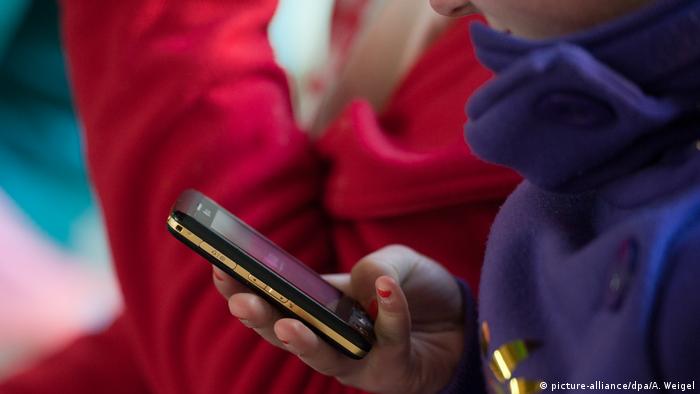 The head of Germany's national teachers' union on Friday called for a ban on mobile phones for children under the age of 14, citing concerns about bullying.

"During school breaks, the cellphone is a permanent source of bullying," said Heinz-Peter Meidinger. "Almost all physical bullying today is accompanied by bullying on the internet and social networks."

Meidinger said one reason he was calling for a ban was the worst-case scenario of online bullying potentially contributing to suicide.

According to market research firm Statista, in 2017 about 88 percent of German children aged 12-13 owned a smartphone. By the ages of 16-18, that number jumped to 94 percent.

While there are differing scientific findings on the effects of smartphone ownership on academic performance, several studies have found that smartphone usage among school pupils can lead to an increase in behaviors such as bullying and sharing inappropriate content.

Neighboring France has already agreed to implement a blanket cell phone ban on school premises. According to UNICEF, around half of children and teenagers around the world have experienced violence or bullying at the hands of their classmates.

A study carried out by Bridgewater State University in the US last year found that the risk of bullying increases with smartphone ownership.

Is your mobile phone damaging your brain?

Ever since the mobile phone entered our lives in the new millenium, anxieties about its ill effects have abounded. But what do we actually know about the health risks of mobile phones? (10.08.2018)

Citing data privacy concerns, German auto parts maker Continental has banned WhatsApp and Snapchat from company-issued mobile devices. Will a second phone become the norm for firms, many of which rely on messenger apps? (06.06.2018)