Is your mobile phone damaging your brain?

Ever since the mobile phone entered our lives in the new millenium, anxieties about its ill effects have abounded. But what do we actually know about the health risks of mobile phones? The science on smartphones is far from settled. Brain cancer, nerve damage, and various tumors have all been touted as potential negative consequences of regular mobile phone use.

While no solid evidence has been found to prove it's dangerous, this doesn't mean there is no cause for concern.

A lot of the concern around the health and safety risks of mobile phones centres on the radiation emitted. Mobile phones release radiofrequency energy, or radio waves, that can be absorbed by bodily tissues. In the past, studies have linked heavy mobile phone use to certain brain tumors.

But according to Martin Röösli, head of the Environmental Exposures and Health Unit at the Swiss Tropical and Public Health Institute, the type of radiation emitted by a mobile phone is nothing to be alarmed about.

It is a very low energy radio frequency radiation – the same found in TV and radio signals. "It's a non-ionizing radiation, so it's not radioactive or x-ray," Röösli told DW.  "No direct DNA damage can happen with this type of radiation. It's impossible."

As for the link between this kind of radiation and cancer, Röösli says he "does not see such indications." Often these studies are "retrospective” and rely on people remembering their phone use, which people with tumors tend to over-report, Röösli told DW.

"We haven't seen an increase in cancer rates in the last two decades, which you would certainly expect if there was a major risk in mobile phone use," he added.

Likewise, Frank de Vocht, reader in Epidemiology and Public Health at the University of Bristol, told DW it's unlikely the dangers of mobile phones have simply gone under the radar.

"If the use of mobile phones would increase the risk of something significantly like, say, cancer, this would have been picked up much more clearly with the scientific methods we have now; for example how the risks of tobacco smoking on lung cancer are straightforward to pick up."

But that doesn't mean mobile phone radiation has no effect on the brain at all. Previous research has found evidence that it can change our brainwaves. And now, a new study co-authored by Röösli has found a link between mobile phone use and adverse effects on young people's memory retention.

Swiss researchers studied 700 adolescents aged between 12 and 17; tracking their phone habits and getting them to complete memory tests. Over the course of a year participants had to fill out a questionnaire about their mobile phone habits, as well as answer questions about their psychological and physical health.

They then completed a series of computerized cognitive tests. Röösli said a unique feature of the study was the use of phone user data from mobile phone operators. That meant for every call made by the participants, the researchers "knew on which network it took place and how long it lasted."

The study, published in Environmental Health Perspectives, found that one year's worth of exposure to mobile phone radiation could have a negative effect on the development of memory performance in specific brain regions in adolescents. Here ‘exposure' almost exclusively refers to phone calls. 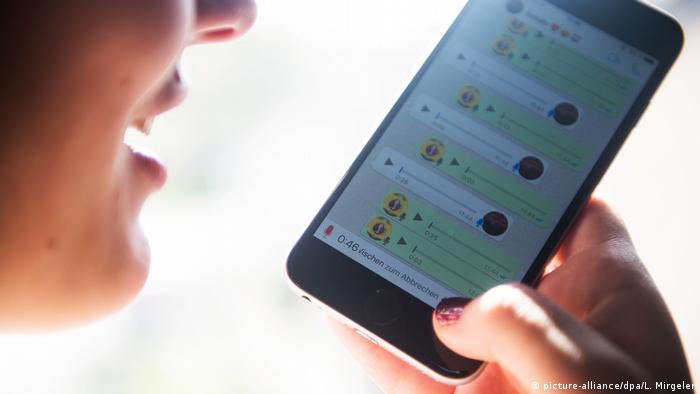 "80 percent of the absorbed radiation comes from holding the phone to the head," Röösli noted. Interestingly, they found the brain's memory function was more vulnerable to the negative impact of radiation when the phone was held to the right hand side of the head. That's where the areas of the brain related to memory are located.

"Basically what we saw was the higher the absorption of radiation [by the brain] the more likely the development of memory in one year wasn't as good as those who didn't absorb as much," Röösli told DW. The researchers also emphasised that more research needs to be done to rule out other factors, including puberty, which could impact both mobile phone use and cognition.

As for other smartphone uses – sending text messages, taking photos, using apps –these involved "almost no [radiation] exposure to the brain."

Should we change our behavior?

Despite the negative effects they did notice, Röösli described these as "very subtle." But if you are concerned, the scientist points out that the radiation effect "can be easily minimised" by taking calls on the left side of your head, or using loudspeaker or headphones – "especially when the network quality is low."

"This study shows that although there is probably an effect - on memory here - it is relatively small," De Vocht told DW. "In my opinion the most important lesson from all these studies is that the use of mobile phones is not extremely dangerous, despite what some people may say."

What both Röösli and De Vocht are concerned about, however, is not the potential biological effects of mobile phone use, but the behavioral changes seen in heavy mobile phone users. According to them, any percievable impacts from mobile phone radiation are far less pertinent than those that change the way people behave.

"There is convincing evidence that what resembles an ‘addiction to mobile phones' negatively effects social interaction, mental health and wellbeing," De Vocht said.

In 2015, Röösli co-authored a study that found adolescents who use their phones a lot – particularly after "lights out" – have disrupted sleeping patterns, and are "a lot more tired." It's this kind of research he thinks is "much more relevant from a public health perspective" when considering the health risks of mobile phone usage.

"That has nothing to do with radiation, it's about behaviour." Ultimately, Röösli said if radiation is having an effect on mobile phone users, "it's not the big thing, at least at this point."