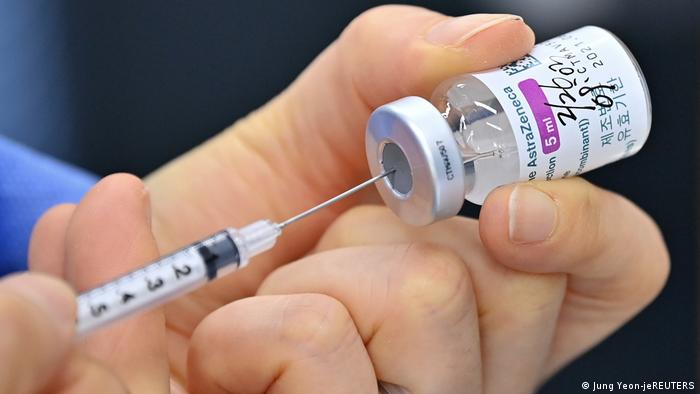 "Anybody aged 50 or over who is affected by co-morbidities can get the AstraZeneca vaccine, including those between 65 and 74," Veran said on France 2 television.

The announcement could affect more than 2 million people.

Until now, France and many EU countries had only approved the shot for younger people, citing a lack of data.

British health authorities released new data on Monday that showed the AstraZeneca vaccine reduced hospitalization from COVID-19 by more than 80%.

The shot is widely used in the UK but has missed delivery targets in the EU.

France's position on the AstraZeneca vaccine

France has been hesitant to use the vaccine, using only 273,000 doses out of the 1.7 million that it received by the end of February, according to health ministry figures.

French President Emmanuel Macron said in January the AstraZeneca vaccine was "quasi-ineffective" for older people. However, he backed down last Friday, telling the European Council: "If this is the vaccine I'm offered, obviously I would take it."

Germany also refused to clear the AstraZeneca vaccine for adults over 65. Thios has led to fewer people stepping up for the shot and several doses being wasted.

Carsten Watzl, secretary general of the German Society for Immunology, has urged authorities to approve the shot for older people. Some state ministers in Germany have also pushed to relax measures for people waiting for AstraZeneca vaccines.

Only 240,000 of the 1.45 million AstraZeneca doses that were delivered to Germany had been used by February 23.