AstraZeneca has reportedly told the EU that it expects to deliver half of the coronavirus shots it was due to supply in the second quarter. The vaccine manufacturer had also faced shortfalls in the first quarter. 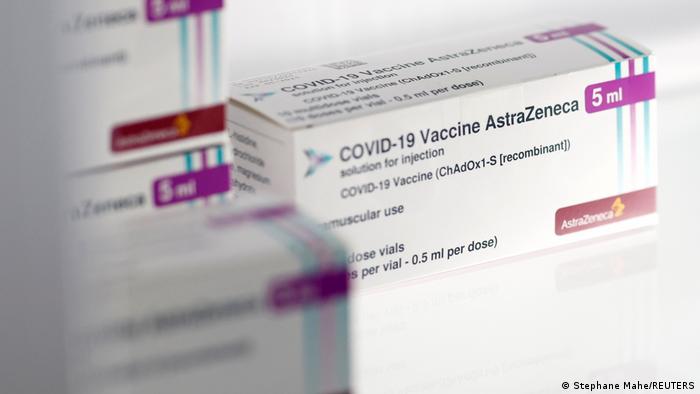 The European Union is facing another hold-up in deliveries of AstraZeneca's coronavirus vaccine.

Representatives of the pharmaceutical company have apprised the European Union of possible production shortages for the second quarter, company representatives and EU officials told news agencies on Tuesday.

The vaccine manufacturer said it would only be able to deliver half the COVID-19 vaccines it was contracted to supply the EU in the second quarter, an EU representative told Reuters.

Media reports suggested that second-quarter deliveries were being slashed from 180 million to 90 million doses.

This comes weeks after AstraZeneca had announced a drastic cut in the number of shots it would supply to the bloc in the first quarter.

The shortfall could hamper the EU's plans to meet its goal of vaccinating 70% of adults by late summer.

What has AstraZeneca said?

A spokesperson of the British-Swedish company said that AstraZeneca is constantly revising the delivery schedules and informing the commission on a weekly basis.

She said that they are working "incredibly hard" to improve the supply chain in the EU and also to leverage the global supply chain.

"We are hopeful that we will be able to bring our deliveries closer to [the agreements] in the purchase contract," news agency dpa quoted the spokesperson as saying.

The EU has also seen bottlenecks in the deliveries of the shots developed by BioNtech-Pfizer and Moderna — the only other shots currently approved by the EU's drug regulator.

AstraZeneca’s coronavirus vaccine received EU authorization in late January, while some states of the 27-member bloc are using the vaccines developed in Russia and China.

A German health ministry document from February 22 reportedly shows that AstraZeneca expects to make up all of the shortfalls in supply by the end of September.

The document reportedly suggests that Germany expects to receive 34 million doses in the third quarter, boosting the total to 56 million shots, which is in tune with its full share of the 300 million doses AstraZeneca is contracted to supply to the EU.