COVID-19: Nanomachines to be deployed to fight next viral pandemic

Japanese researchers have had success with miniscule robots that are small enough to get inside and neutralize a cancer cell — and they want their creations to be ready to deal with future outbreaks of lethal viruses. 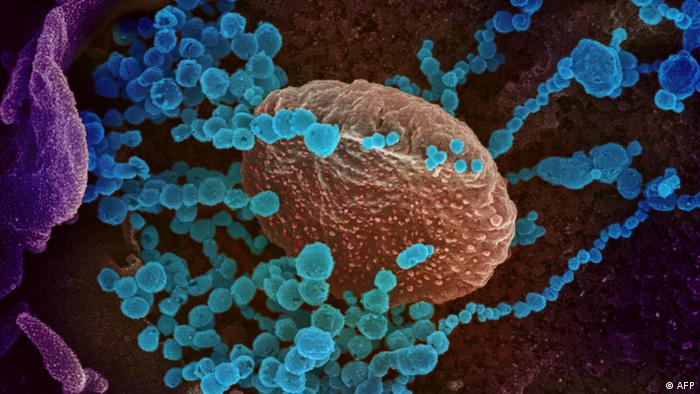 The fight against the world's next pandemic is likely to be carried out by thousands of nanoscale robots of synthetic polymers, proteins, genetic materials and organic compounds. They could swarm through a human body, identifying, diagnosing and then infiltrating virus particles to destroy them from the inside, while others "train" immune cells to attack viral particles.

If the idea of man-made creations traveling through a body to carry out medical procedures sounds like the plot of a 1960s science fiction movie, Kazunori Kataoka would agree. He smiles when the idea is put to him. Clearly he has heard it before.

He has, however, already demonstrated some positive results in the treatment of cancers.

The global coronavirus pandemic has broken marginally too soon for Kataoka and his colleagues at Japan's Innovation Centre of NanoMedicine (iCONM), in Kawasaki City, just south of Tokyo, but they know that sooner or later the world will once again face a previously unknown virus that has even higher infectivity and higher mortality rates. And they are stepping up efforts to combat this new menace.

"We have been working on the concept of the 'in-body hospital' for nine years, with the functions required to carry out internal medical procedures built into a nanomachine," he told DW.

"Numerous devices would circulate autonomously in the body to detect anomalies, provide a diagnosis and then carry out the necessary treatment," he said.

The scales at which the iCONM researchers are working are difficult to comprehend. The devices that will be administered to human patients are less than 100 nanometers across, making them around one ten-thousandth the thickness of a sheet of paper.

The spherical devices are functional molecules that self-assemble, are propelled by light or heat from the body and can carry out a range of tasks.

While some will infiltrate diseased cells and release medicines to neutralize them from the inside, others will gather chemical and clinical information before returning through the body to an implanted chip, where the data will be transmitted to doctors outside the body for further analysis.

Each of the micelles — colloidal, nanoscale spheres formed through the self-assembly of polymers in an aqueous solution — is encapsulated by a hydrophilic shell to make it "stealthy" and ensure that the body's immune system does not reject it.

Until now, much of the research has focused on the treatment of cancers, which has been the leading cause of deaths in Japan since 1981. This is partly due to the ageing of Japan's population, with most cancers occurring in people aged 50 or over.

Inside a cancer cell

"Nanoscale micelles are small enough to get inside a cancer cell and this technology is already in clinical trials in several countries around the world," said Kataoka. There have been promising developments with breast and pancreatic cancers and nanomolecule medical products are expected to show positive outcomes in phase three studies that are scheduled to be completed before the end of this year.

Other researchers are working on similar devices that will be able to penetrate the densely packed capillaries in the brain to deliver medications for brain tumors, the precision of the treatment enabling the delivery of drug concentrations up to 100 times more powerful than conventional existing treatments.

Work is also under way in the areas of diseases of the central nervous system, such as Alzheimer's, and for the pinpoint delivery of messenger ribonucleic acid (mRNA) that will assist in the reconstruction of tissue or to restore the functions of sensory or motor cells, such as cartilage in the limb joints of elderly people.

The coronavirus outbreak has refocused attention on using smart nanomachines to combat future pandemics using mRNA, according to Satoshi Uchida, a bioengineering professor at the University of Tokyo.

Read more: Yuval Noah Harari on COVID-19: 'The biggest danger is not the virus itself'

"Developing a drug to work at the molecular level to combat something like the coronavirus is difficult and takes a long time," he said. "Various compounds need to be screened to find the one that is effective against the virus without damaging human cells and the body, but speed is vital in the development of drugs to control a pandemic."

With systems to deliver proteins and nucleotide already available, Uchida says studies on ways to combat a coronavirus can start in around one year.

Does coronavirus have long-term health effects?