Yuval Noah Harari on COVID-19: 'The biggest danger is not the virus itself'

A crisis can be a turning point for a society. Which way will we go now? Professor Yuval Noah Harari, whose company donated $1 million to WHO, explains how the decisions we make today on COVID-19 will change our future. 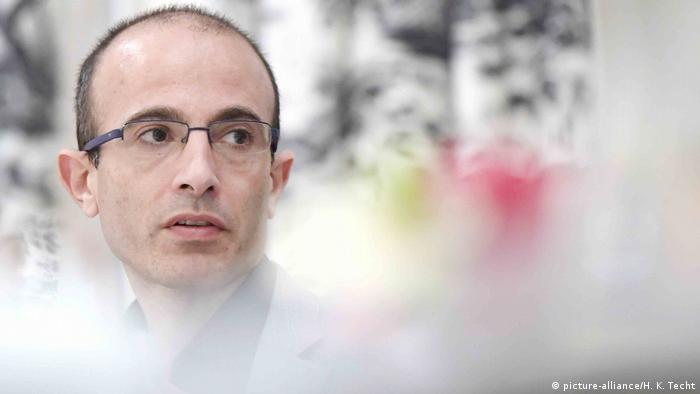 DW: Professor Harari, we're in the midst of a global pandemic. What concerns you most about how the world is changing?

Yuval Noah Harari: I think the biggest danger is not the virus itself. Humanity has all the scientific knowledge and technological tools to overcome the virus. The really big problem is our own inner demons, our own hatred, greed and ignorance. I'm afraid that people are reacting to this crisis not with global solidarity, but with hatred, blaming other countries, blaming ethnic and religious minorities.

But I hope that we will be able to develop our compassion, and not our hatred, to react with global solidarity, which will develop our generosity to help people in need. And that we develop our ability to discern the truth and not believe all these conspiracy theories. If we do that, I have no doubt that we can easily overcome this crisis.

We face, as you've said, the choice between totalitarian surveillance and citizen empowerment. If we're not careful, the epidemic might mark a watershed in the history of surveillance. But how can I be careful with something which is out of my control?

It's not completely out of your control, at least in a democracy. You vote for particular politicians and parties who make the policies. So you have some control over the political system. Even if there were no elections now, politicians are still responsive to public pressure.

If the public is terrified of the epidemic and wants a strong leader to take over, then this makes it far easier for a dictator to do exactly that, to take over. If, on the other hand, you have pushback from the public when a politician goes too far, then that can stop the most dangerous developments from happening.

The full interview: Yuval Noah Harari on democracy, surveilance and our future after Corona

How do I know whom, or what, to trust?

First, you have past experience. If you have politicians who have been lying to you for a couple of years, then you have less reason to trust them in this emergency. Second, you can ask questions about the theories that people are telling you. If somebody comes up with some conspiracy theory about the origin and spread of the coronavirus, ask this person to explain to you what a virus is and how it causes disease. If the person has no clue, which means they have no basic scientific knowledge, then don't believe anything else this person is telling you about the coronavirus epidemic. You don't need a PhD in Biology. But you do need some basic scientific understanding of all these things.

In recent years, we have seen various populist politicians attacking science, saying that scientists are some remote elite disconnected from the people, saying that things like climate change are just a hoax, you shouldn't believe them. But in this moment of crisis all over the world, we see that people do trust science more than anything else.

I hope we remember this not only during this crisis, but also once the crisis is over. That we take care to give students in school a good scientific education about what viruses, and the theory of evolution, are. And also, that when scientists warn us about other things besides epidemics, like about climate change and ecological collapse, we will take their warnings with the same seriousness that we now take what they say about the coronavirus epidemic.

Many countries are implementing digital surveillance mechanisms in order to prevent the virus from spreading. How can these mechanisms be controlled?

Whenever you increase surveillance of the citizens, it should always go hand-in-hand with increased surveillance of the government. In this crisis, governments are spending money like water. In the US, 2 trillion dollars. In Germany, hundreds of billions of euros, and so forth. As a citizen, I want to know who is making the decisions and where the money goes. Is the money being used to bail out big corporations who were in trouble even before the epidemic because of the wrong decisions of their managers? Or is the money being used to help small businesses, restaurants and shops and things like that?

That works by distributing the power and not letting it accumulate in one person or one authority?

Exactly. One idea people are experimenting with is if you want to alert people who have been near a coronavirus patient. There are two ways to do it: One way is to have a central authority which gathers information on everybody, and then discovers that you have been near somebody who has COVID-19 and alerts you. Another method is for phones to directly communicate, one with the other, without any central authority that gathers all the information. If I pass near somebody who has COVID-19 the two phones, his or her phone and my phone, just talk with each other and I get the alert. But no central authority is gathering all this information and following everybody. 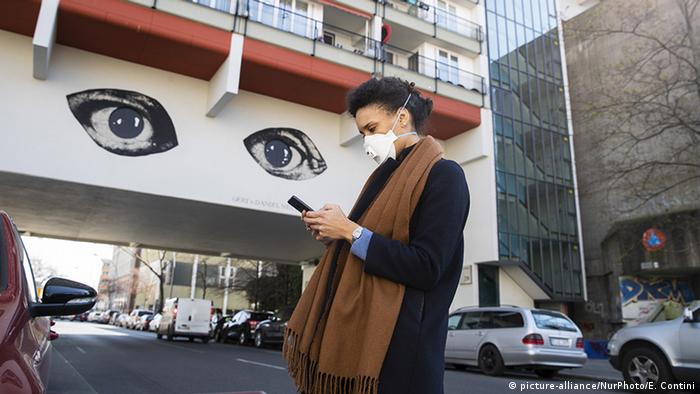 Possible surveillance systems for the current crisis go one step further, to what you would call under-the-skin-surveillance. So the skin, as the untouchable surface of our bodies, is cracking. How can we control that?

We should be very, very careful about it. Over-the-skin-surveillance is monitoring what you do in the outside world, where you go, whom you meet, what you watch on TV or which websites you visit online. It doesn't go into your body. Under-the-skin-surveillance is monitoring what's happening inside your body. It starts with things like your temperature, but then it can go to your blood pressure, to your heart rate, to your brain activity. And once you do that, you can know far, far more about people than ever before.

You can create a totalitarian regime that never existed before. If you know what I'm reading or what I watch on television, it gives you some idea about my artistic tastes, my political views, my personality. But it's still limited. Now think that you can actually monitor my body temperature or my blood pressure and my heart rate as I read the article or as I watch the program online or on television. Then you can know what I feel every moment. This could easily lead to the creation of dystopian totalitarian regimes.

Does this crisis make you readjust your image of humans in the 21st century?

We don't know, because it depends on the decisions we make now. The danger of a useless class is actually increasing dramatically because of the current economic crisis. We now see an increase in automatization, that robots and computers replace people in more and more jobs in this crisis, because people are locked down in their houses, and people can get infected, but robots can't. We might see that countries might decide to return certain industries back home instead of relying on factories elsewhere. So it could seem both because of automatization and de-globalization that, especially developing countries that rely on cheap manual labor, suddenly have a huge, useless class of people who've lost their jobs because these jobs have been automated or moved elsewhere.

And this can also happen within the rich countries. This crisis is causing tremendous changes in the job market. People work from home. People work online. If we are not careful, it could result in the collapse of organized labor, at least in some sectors of industry. But it's not inevitable. It's a political decision. We can make the decision to protect the rights of workers in our country, or all over the world, in this situation. Governments are giving bailouts to industries and to corporations. They can make it conditional on protecting the rights of their workers. So it's all about the decisions we make.

What will a future historian say about this moment?

I think future historians will see this as a turning point in the history of the 21st century. But which way we turn is up to our decisions. It's not inevitable.

Professor Yuval Noah Harari is the author of the books Sapiens: A Brief History of Humankind, Homo Deus and 21 Lessons for the 21st Century. His social impact company Sapienship donated $1 million to the World Health Organization following the US president's decision to hold back funding.

Drones could be a good way to help enforce social-distancing rules during the coronavirus crisis, two German police unions have said. But their widespread use raises civil liberty concerns. (10.04.2020)