An appeal has begun in the case of three Yemenis suing the German government for complicity in the death of family members killed in US drone strikes. Ramstein Air Base in Germany is integral to the US drone program. 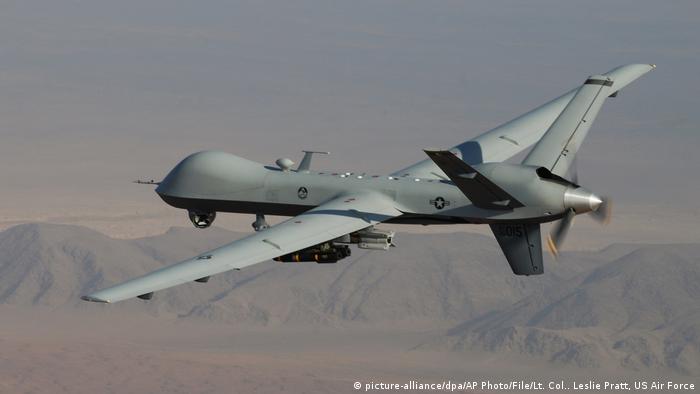 In his opening statement Thursday, the presiding judge, Wolf Sarnighausen, said that the Higher Administrative Court in Münster was faced with a daunting and massive task. One that neither the German Constitutional Court nor the Federal Administrative Court had yet tackled.

The case of bin Ali Jaber vs. Germany, which opened today, seeks to force the German government to admit shared responsibility in the killing of two of the plaintiffs' family members in Yemen in 2012. Furthermore, the plaintiffs are calling on Germany to prohibit the United States from using its Ramstein Air Base in its global drone war.

Judge Sarnighausen said that his court would be tasked with determining Germany's role in specific human rights and constitutional issues.

The German government has denied all responsibility for the deaths of civilians such as members of the bin Ali Jaber family. The German Defense Department, which is representing the government, says that it has no evidence that Ramstein is involved in the US drone war, and claims that drone attacks are neither launched nor flown from Germany. Although that is technically true, it is not the whole story.

World Stories: Moral qualms of a US drone technician

Germany's pivotal role in the US drone war

All of the drones used in those theaters are remotely operated from Creech Air Force Base in Nevada, USA. Drones flying missions against Al Qaeda in the Arabian Peninsula (AQAP) are launched from Camp Lemonnier in Djibouti, Africa.

Yet none of those missions would be possible without Germany's help — for the heart of the program lies in Rhineland-Pfalz. Ground satellites at Ramstein Air Base link operators in the US with space-based satellites and then to the drones.

US Africa Command (AFRICOM), which controls operations on the continent, is also based in Germany. 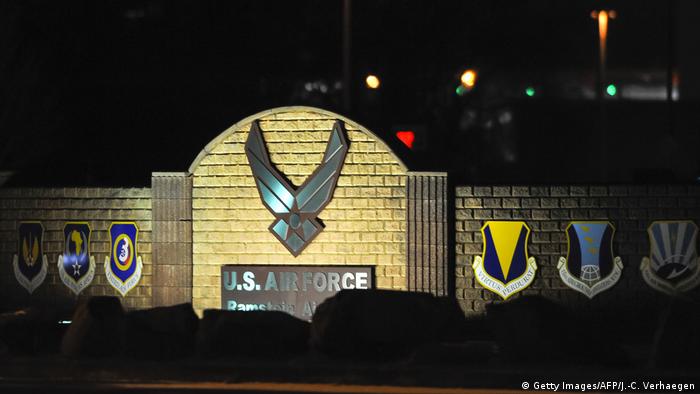 Ground satellites in Germany link pilots with UAVs, putting Ramstein Air Base in Germany at the heart of the US drone war

The bin Ali Jaber family, represented in Münster by the human rights groups Reprieve and the European Center for Constitutional and Human Rights (ECCHR), brought their case to the Higher Administrative Court on appeal after having lost their initial trial case before the Cologne Administrative Court in 2015.

The Cologne court ruled that the German government was not obliged to prohibit the US from using Ramstein for its drone war.

Death from the skies

US MQ-9 Reaper drones flying over Yemen are typically armed with 500 pound (227 kilo) Hellfire missiles and/or 510 pound GBU-12 Paveway II bombs. Although the US Department of Defense does not publish statistics on drone casualties, The Bureau of Investigative Journalism (TBIJ), a London-based non-profit news organization, has regularly tabulated the human cost of the program in the country.

TBIJ says that the US has carried out at least 329 confirmed strikes in Yemen. The total number of individuals killed in those strikes according to TBIJ is between 1,020 and 1,384. Between 174 and 225 of those killed were civilians and between 44 and 50 were children.