German conservationists want the public to head outdoors and count creepy crawlies this weekend. They're holding a nationwide insect census to collect crucial data on a population they say is under threat. 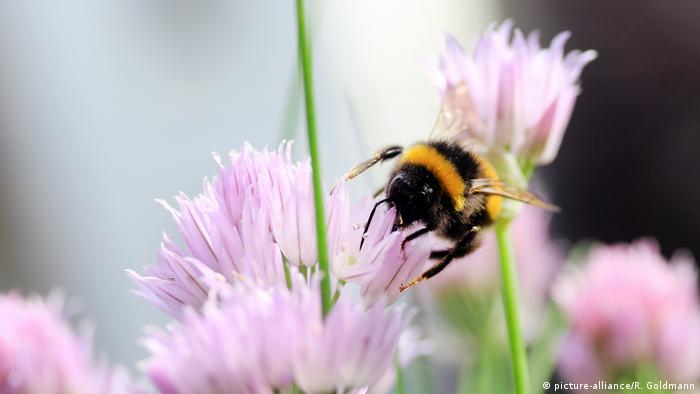 German nature conservation group NABU is asking people to take part in a nationwide insect count this weekend to gather data on the country's six-legged species.

Soaring summer temperatures bring out all sorts of bugs — from grasshoppers and butterflies, to bees and aphids. There are around 33,000 insect species native to Germany, according to estimates. But conservationists warn that number is shrinking.

"Insects really aren't doing well," NABU insect expert Daniela Franzisi said. "That's why it's important to count them, collect data on them, and protect them." 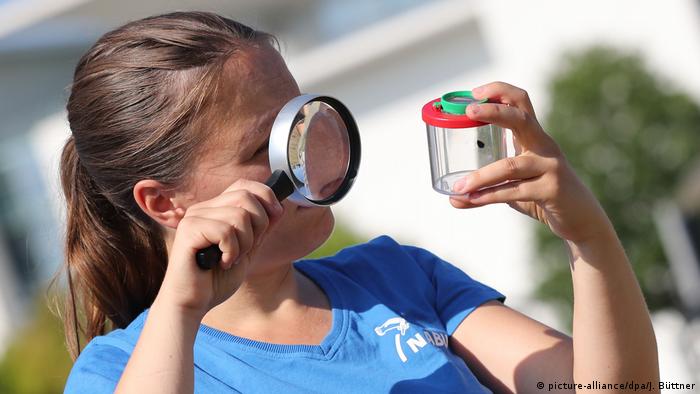 The organization says nature lovers who want to do their bit for biodiversity should find a place that's sunny, warm and not too windy, and spend at least an hour observing insects. Sightings can then be lodged online, or sent to NABU via an app called Insektenwelt (Insect World).

Those taking part should keep their eyes peeled especially for butterflies, such as the old world swallowtail and the small tortoiseshell. Other commonly sighted bugs include the violet carpenter bee, the seven-spot ladybird, the striped or minstrel bug, the southern hawker dragonfly, the common carder bee and the great green bush-cricket.

Those having trouble identifying the critters can also find photographs of Germany's native insects on the app.

Environmentalists warn that pesticide use and intensive agriculture have led to falling insect numbers in Germany — a decline that could have devastating consequences for biodiversity and food supply.

Many insects play a role in pollinating plants that humans rely on for sustenance. They are also food for other species in the food chain, such as birds.

Franzisi, of NABU, says many of the over 550 wild bee species in Germany are under threat, and the number of butterflies has also fallen sharply.

The results of the insect counting blitz, which runs until August 12, will be published later in the year.